And It’s Coming Soon Too, November 16th is Pretty Close!

Though the game is on the quicker side, the journey of A Short Hike is far from over. In fact, the game had already found its way onto the Nintendo Switch a while back. But of course, a good trek is never done – and the game’s developer, Adam Robinson-Yu, knew just where to take things. A Short Hike will be coming to all modern Playstation and Xbox consoles on November 16th. 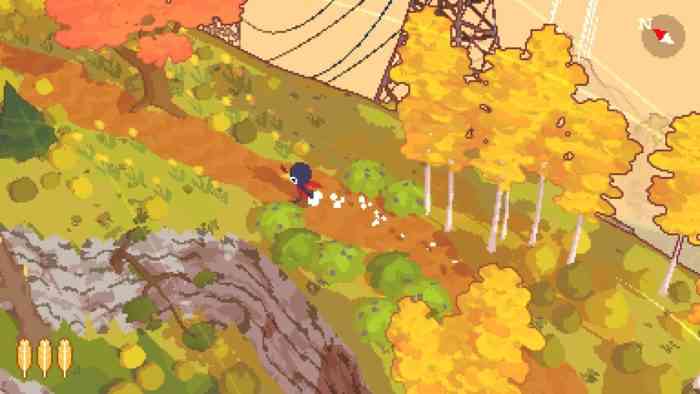 A Short Hike promises a quick, comfy experience for a reasonable price. The base game clocks in at around 1-2 hours, though if you take a slower, more thorough route (and let’s be honest. It’s this game, you totally should), you could see that number go as high as 5 hours. Those few hours have left the game’s 7000+ Steam reviews with a lasting impression, as the game sits at a 99% positive rating.

A Short Hike is a game designed to encourage and reward exploration, encouraging the player to take things slow and venture at their own pace. You’ll find your own path through Hawk Peak Provincial Park, climbing, gliding, or just plain walking to find all sorts of hidden details and friendly faces. The game also features a dynamic soundtrack that changes organically as you move to new areas of the park.

With these releases, A Short Hike can complete its tour around the video game scene, officially hitting all major platforms since its original PC release. It’s almost like a rite of passage for successful Indie titles to touch the four corners of the gaming world, and A Short Hike’s journey is about to come to a satisfying end. The game is a cute idea that just gives off so many wholesome vibes, and with the reception it’s got, that success seems more than deserved.