At least it comes with a subscription for Xbox Game Pass, right?

Xbox has been no stranger to collaborations lately, especially for their 20th-anniversary celebrations. We’ve seen the Xbox shoes in all their glory, as well as the various shirts and such in their storefront. But what we may not have expected was Xbox and Gucci coming together to bring out an extremely limited edition console. There will only be a hundred total of these consoles made with the Gucci branding and various other goodies, and the price tag is steep. They’re going to be selling them for ten thousand dollars, each. 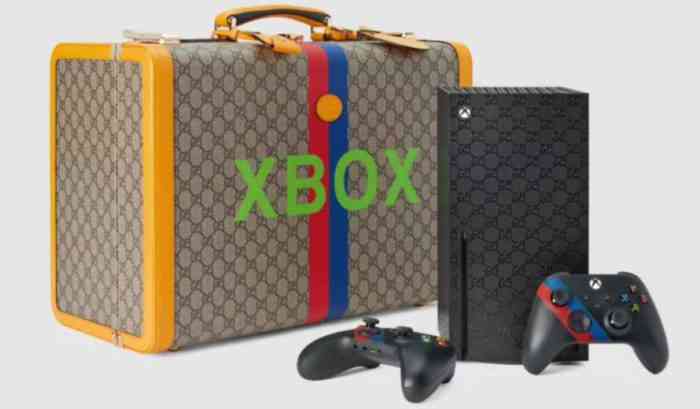 Yikes. That’s a Gucci price tag all right. Then again, it’s little wonder, since these consoles will be sold in the Gucci stores in New York, Beverly Hills, Mexico City, Milan, London, Berlin, Beijing, and Tokyo, starting November 17th, 2021, and not in the Xbox stores themselves in an interesting turn of events. Though this is not the first time that Gucci has teamed up with something a little more mainstream, as we’ve seen with the Doraemon collaboration, this is the first time we’ll be seeing a Gucci console edition. But with the prices, it still doesn’t seem very accessible to the general public.

What people will get when they buy the limited edition purchase is…well, a few things. It does come with two controllers with distinctive blue and red stripes as well as the console itself that has the infamous Gucci pattern on its casing.  And, too, it does come with a vintage luggage box that has Xbox written in big letters on the side and…an Xbox game’s pass. Though for how long the game pass would be for, it isn’t mentioned at all.

This may be more of a way of getting people to talk about the upcoming Xbox celebration on November 15th, 2021, and what will be revealed in the upcoming streams. However, this may just be just the start of various Xbox limited edition console collaborations.