Gucci is pretty well a household name here in North America, as well as many other parts of the world, and while he may not be such a staple here in the west, the robot cat mascot, Doraemon is more than just a household name in Japan. Well, in a relatively unexpected cross-over, we are now getting the best of both worlds as Gucci and Doraemon have teamed up for a new line of products. 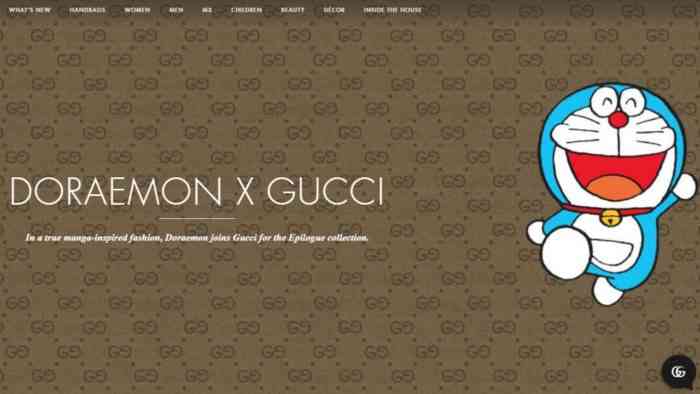 Doraemon is an iconic Japanese character, having originally appeared in his own manga series starting in 1969. Since then he has been a household name similar to Japan’s other lovable cat, Hello Kitty. Doraemon has even appeared in a number of video games including Doraemon: Story of Seasons which received a worldwide release in 2019.

The DORAEMON x GUCCI line will include a variety of products including shirts, jackets, handbags, backpacks, sneakers, dresses, and more–all of which will feature Doraemon himself. The line can be viewed on Gucci’s website and all products are available now. That being said, this is Gucci after all–a brand known for their higher class reputation and pricing. Prices vary from product to product with jackets coming in at about $2000 USD, sneakers at $900 USD, the backpack at $2000 USD, and the infamous Gucci Slides at $400 USD. The most expensive product seems to be a medium-sized suitcase selling for a whopping $5900 USD.

This may be the most expensive video game/clothing line crossover we’ve seen in a while but it’s certainly not the only one as Nintendo recently teamed with up Puma for a special line in honor of Mario’s 35th anniversary. The Pokémon Company also recently teamed up with Original Stitch for a line of shirts and masks featuring the original 151 Pokémon.

What do you think of this ambition cross-over? Think it’s a good move for Gucci to build a stronger market in Japan, or is the cost of entry just too high? Let us know what you think down in the comments, or hit us up on Twitter or Facebook.