The Joint Operation Has Been a Great Success

Bots have been a classic problem of the MMO landscape for as long as the genre’s existed, and Amazon’s freshly-released New World is no exception. Bots are often used to farm endless amounts of resources, generating wealth while the actual player behind them can’t play in person. As you can image, those who play normally aren’t too happy with this practice, as these bots can cause a number of serious problems. 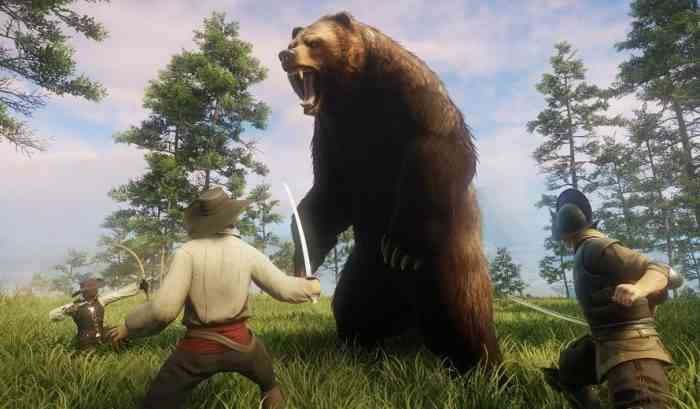 In the case of New World, the problems here lie around the game’s best fishing spots. The bots are able to detect if they’re about to reel in a valuable catch, and frequently abort the process if they get a bad loot roll. This leads to massive overcrowding in these areas, as well as a maddening cacophony of rod casts/reels as they start/stop the process with their fully-automated efficiency. Ordinary players are in need of an answer, and with the help of some nearby boars, they’ve found the help they need.

These friendly (or, not-so-friendly) boars love nothing more than killing players who stray too close, and like most basic MMO enemies, will chase players until one of them falls over dead. This is, as you may expect, highly abusable. The plan is simple: make a boar upset, then run away. If you stay close enough, the boar will always chase you, letting you lead them right to the unsuspecting bots. And since these bots can’t do anything but fish… I’m sure you know the rest. Player reactions are as merciless as you’d expect.

The New World MMO has had a promising release so far, but it hasn’t been without its problems. The dev team behind the game is certainly facing a trial by fire, facing all the problems MMO development has to offer. But the game’s still in its early days and Amazon’s got some deep pockets; they’re sure to make it out in one piece.