Reviewing a new MMORPG is a little like sending a postcard home after your first week at camp. “Dear Mom and Dad, the weather is great, the scenery is beautiful, but I’m not sure if I like it here. The food is a little weird and you have to wait in line for everything. Oh, and we have to do a lot of crafts.” It takes days or weeks to really get to know the place, and first impressions are unreliable stand-ins for long-term opinions.

With an MMO, it’s easy to talk about mechanics, or graphics, or the story, but whether the game resonates with a particular person is complicated and may change over time as they journey from newbie to endgame and beyond. All reviews of MMORPGs are essentially “in progress,” because the games themselves are always “in progress.” Those are a lot of qualifiers, but after shoving them aside it’s still possible to get a pretty clear sense of what New World is about, what it’s trying to do, and maybe the kind of player it is courting.

New World officially launched on September 28 after four-plus years of development and was met with literally an overwhelming number of players trying to sign on, ridiculously long queues, and full-to-capacity servers. My experience — admittedly, just one person out of hundreds of thousands — was quite contrary. I never had to wait more than a minute or two, and in most cases accessed the game immediately. I’ve not had any issues with disconnects or significant lag or latency. New World is not a subscription-based MMORPG, so at least there isn’t quite the same time-based pressure of having to play a certain amount of time in order to feel justified paying the monthly fee. There is, however, a cash shop, though currently, all items for sale are cosmetic.

New World‘s story premise is pretty simple: you play as a shipwrecked pirate adventurer who has come to the island of Aeternum in search of treasure. You awaken on the beach (your starting area is random) with the rags on your back and nothing more. You create a character out of a disappointingly limited selection of options and begin to explore, meet quest-giver NPCs and make your way deeper into the environment and the main story campaign. You learn about the supernatural Corruption that has infused the world and many of its inhabitants and you begin to find and craft weapons. You join one of three factions and start to learn about the PvP aspects of the game and the way factions battle for territory control on the island, why it’s important, and how much you want to get involved. You spend a lot of time gathering materials and crafting because if you want better gear either you or a fellow player has to make it. There are no NPC vendors. The main campaign told in dribs and drabs and through quests, isn’t terribly attention-worthy in its drama, characters or writing. 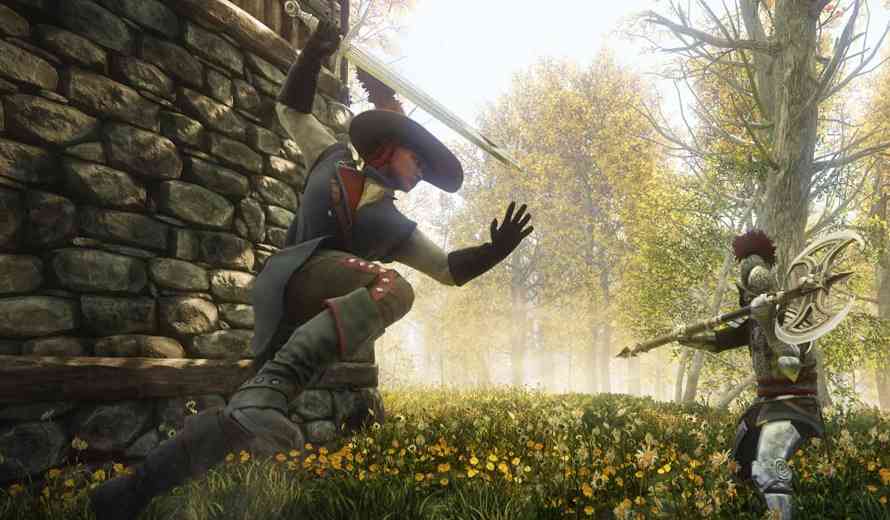 New World is set in a magical reality version of the European 17th century (sort of), so gunpowder weapons exist alongside bladed instruments of war and mages use wands and staves to cast their magic. Architecturally, New World uses a global village approach to design, with each region of the island reflecting different biomes and cultures. This isn’t a high fantasy game with multiple races, and there are no starting classes, which potentially means building a mix-and-match character to your liking. However, the reality is a little different, because thanks to the game’s attribute system and the way weapon skills are upgraded, the most effective build is — just like in a game with traditional classes — one that is well defined and specializes in a particular weapon or magic. It isn’t that character development is bad or broken, it’s just not as flexible as it first appears.

Combat itself is generally fun, action-focused, and not constricted to hot-bar commands as in some MMOs. Because it takes its cue from action RPGs, players need to block, dodge and parry and time their attacks correctly, and positioning has an impact on success. All of the weapons can be effective with the right skills and attributes applied, and magic is neither overpowered or weak. Generally, enemies — whether human, animal, or supernatural — scale pretty well with the demands of the campaign, though there are groups of enemies that can easily overcome the solo player and suggest those situations are best handled with a party. Starting at around level 25, players can join Expeditions, essentially 5-player dungeons that reuse many of the same enemies and assets as the campaign. New World’s level cap is currently 60, but one of the things the game does extremely well is reward the player for progress, no matter what they are doing.

Far more than in the lackluster campaign, New World shines in its opportunities for PvP havoc, with faction and territory-based combat and 50v50 wars. New World has a player-driven economy in which players must craft their own gear, earn it from quests, or obtain it from others at trading posts in towns. Player-driven economies and auction houses have had a spotty history in MMOs, so only time will tell on how well this works. A significant amount of time in game is spent farming for materials and crafting, and although it can be a chill way to spend time, the early days problem of hundreds of players doing the exact same thing in the same place takes some of the enjoyment out of the process. It is easy to imagine a solo player becoming highly invested in creating a crafting-focused character that does nothing else. 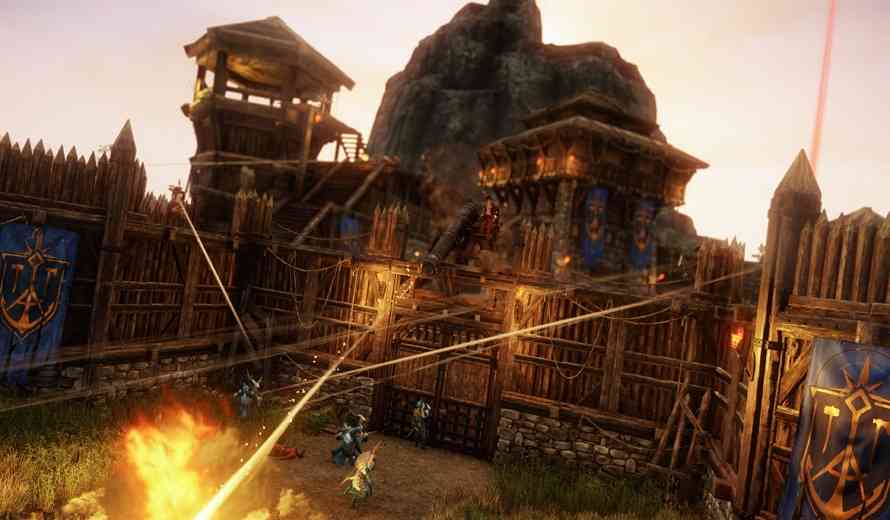 Is it better to be familiar and succeed, or original and fail?

If everything so far sounds very familiar, well, you’re right. New World’s biggest asset and greatest liability is that it relies very heavily on traditional (in some case, long-ago abandoned) MMORPG mechanics and doesn’t try very hard to innovate. Most all of the quests — even relatively late in the campaign — are farming and fetch quests of one type or another, no matter what kind of story-based window dressing is overlayed on top. It’s comforting, familiar, addictive, and easy to get into, but no one is going to accuse New World of breaking new ground in its gameplay or mission design.

Aeterum is a beautiful place to explore, thanks to Amazon Games’ Lumberyard graphics engine. Lighting, scenic elements, foliage, spell and combat effects all look great and there is almost no pop-in or framerate hit despite the landscape densely populated by players, NPCs, and enemies. The writing and voice acting are unremarkable, as are the character faces, but the game’s environmental audio and music are outstanding. In terms of art design, the game’s varied cultural regions are distinctive and detailed, but New World also feels like a slightly disjointed grab bag of historical and random fantasy aesthetics that contradict the general time period, such as it is. 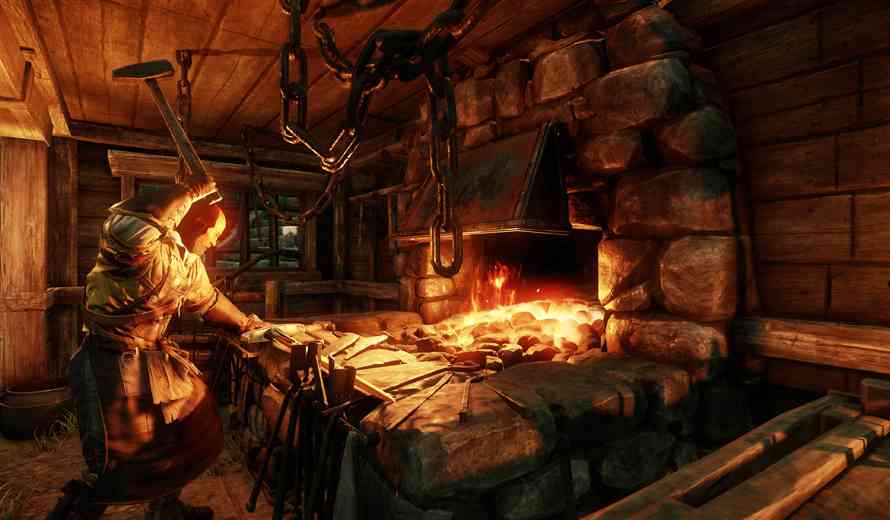 From the moment I began my journey in New World I felt like, outside of the specific world and story, I had been here and done this many times before, in many other MMOs. That said, New World does those familiar things very competently. It looks great and controls well, either with mouse and keyboard, or the slightly less optimized controller. Survival mechanics and crafting are core elements and not side gigs, but luckily, they are engaging and layered with depth. New World rewards the player for just about everything, all the time, and there is always something to do, whether fighting, farming or exploring and questing. It’s accessible to solo players and embraces the PvP and coop communities with a great deal of content. All MMORPGs are major time commitments by definition, so whether New World can hold your attention long term is probably a function of your expectations, and whether you connect with what the game has to offer. New World probably won’t ever surprise you, but it won’t disappoint you either. 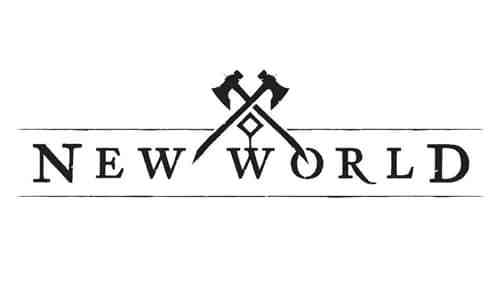