Moonglow Bay will be officially launched to Xbox Game Pass on October 26th, and Bunnyhug had just released the game’s official gameplay trailer. The preview gives fans a better look at what they can expect once the game is finally released.

The game’s original trailer did a great job in introducing the game, but this new video is a perfect showcasing the other features that are included, as well as what players will be doing in-game. Moonglow Bay players can get on their boats and try to catch fish that they can cook at home, as well as explore the picturesque town whilst making it a much bigger and more developed place to play in. 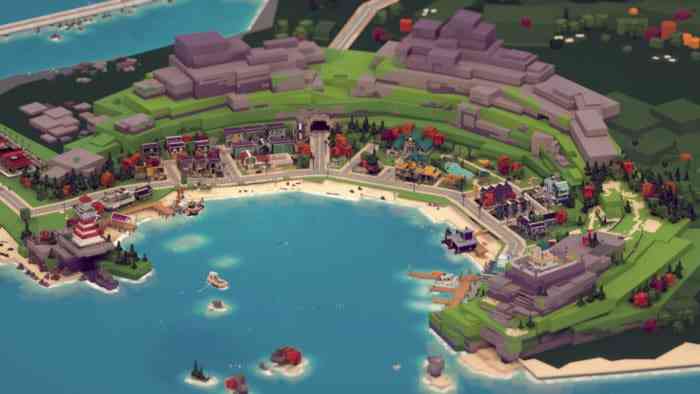 Every single thing that Moonglow Bay players do will help build the game, which makes all tasks done on both and and out at sea even more fulfilling once accomplished. They can donate the new types of fish that they caught to the museum—should they decide that they do not want to eat their catch.

Players will be busy exploring, cooking, fishing, and forming friendships, and the recently revealed Moonglow Bay trailer showed exactly what a day in the locale would look and feel like. “You will encounter mythical creatures that keep people in town awake at night,” the devs said. “It is going to make use of your fishing skills, but will very much put you to the test.” This sentiment is shown in the trailer towards the end, with one of the characters being radioed with an urgent message that said “There is something in the storm.”

Moonglow Bay is set along the coastline of Eastern Canada during the 1980s era and is going to offer its players with a diverse and emotionally charged gaming experience. Players will be rookie anglers who struggle to fulfill their partner’s final wish by maintaining a business afloat in the face of impending bankruptcy.

MultiVersus Dataminer Claims Mark Hamill Could Be Voice of Joker
Next
Amidst Controversy, Hitman GOTY Removed from GOG Store
Previous
New World Players Are Starting to Scam Each Other for Gold