The first Jumanji movie is a classic. The two subsequent Jumanji movies were… not as classic. They seemed to rely on the big names of Dwayne Johnson, Karen Gillan, Kevin Hart, and Jack Black for their success. The most recent movie has a tie-in game called Jumanji: The Video Game.

Jumanji: The Video Game came out in November of 2019. It is a simple action/adventure game, where you can play as the avatars inspired by the movies. Ruby Roundhouse, Xander “Smolder” Bravestone, Franklin “Mouse” Finbar, and Sheldon “Shelly” Oberon, all have different abilities they can use to navigate the different areas. 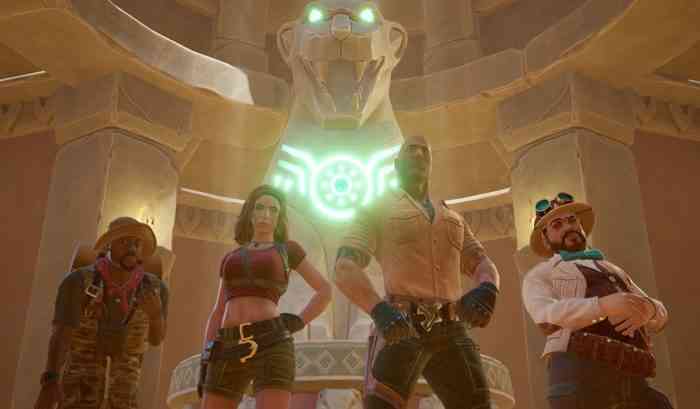 I say “different areas”, but the game only has four levels. The entire game can be finished in an hour, which is pretty disappointing for a $35 game. Jumanji: The Video Game is getting an “Enhanced Edition” on PS5, but polishes like 120 fps and 4K resolution are hard to tout when the base game cannot stand on own merits as a game worthy of your money.

The Enhanced Edition is only being released on PS5, but what is even more troubling is that there is no mention that owners of the game on PS4 getting the upgrade for free. If you want to experience this game again (for some reason) in 4K, you might have to buy it. That remains to be clarified though.

Jumanji: The Video Game is out now on PC, PS4, Xbox One, and Nintendo Switch, but the Enhanced Edition will only be on PS5. It will be released on October 22nd.

Did you play Jumanji: The Video Game when it came out? Let us know in the comments below.

Tales Of Arise Will Be A Standalone Story – No Story DLC or Sequels
Next
Banjo-Kazooie Is Heading to Switch as Part of N64’s Future Wave
Previous
The Crew: Orlando Will Be ‘a Completely New Game’