Banjo-Kazooie Will Soon Be Playable on the Nintendo Switch

Banjo-Kazooie, an N64 classic from Rare, is officially making it way to Nintendo Switch consoles. It was revealed at the recent Nintendo Direct broadcast that a roster of N64 titles will be coming to the Switch Online library in October, and the montage shows that Banjo-Kazooie will be among them.

“It is a pleasure to be ushering the bear and bird onto Nintendo’s latest console, offering another modern way to savor its many collectibles and googly eyes,” Rare said in their statement. Banjo-Kazooie will reportedly join the likes of F-Zero X and Paper Mario as one of the N64 titles that will be porting over to Switch consoles. 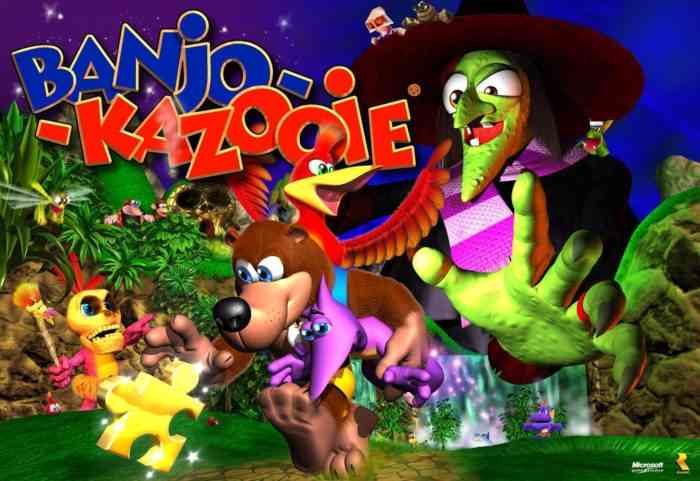 The Microsoft-owned original Banjo title will soon be playable on a Nintendo console for the very first time since it was released for the Nintendo 64 back in 1998. Fans of the franchise will even be able to play it with a new wireless N64 controller for added authenticity.

This new project between Microsoft and Nintendo has proven that the relationship between the two gaming giants has grown to be more cordial over the years. After all, previous Xbox exclusive games, such as the Ori and Cuphead games, were also ported over to the Nintendo platform.

It must be noted, however, that this is not the first time that Banjo and Kazooie showed up on Switch consoles. They were already invited to be part of Smash Bros. Ultimate as DLC fighters. Still, fans of the franchise will be even happier to be given the chance to play the original game on Nintendo’s new hardware.

Now that Banjo-Kazooie has been confirmed for Nintendo Switch, this indicates that there could be more Rare games to follow suit. Unfortunately, there was no announcement about this at the recently concluded Nintendo Direct presentation.

Splatoon 3 Adds Brand New Melee and Special Weapons
Next
Blossom Tales 2: The Minotaur Prince Is Coming to Switch in Spring 2022
Previous
Jumanji: The Video Game Gets a PS5 Upgrade for Some Reason