Disco Elysium: Final Cut Will Be Available for Switch and Xbox, Too

No Excuses Left, Pick This One Up!

People often mark Disco Elysium as one of the best-written games of all time, and it’s not hard to see why. Now, the critically-acclaimed CRPG is making its way to the Xbox family of consoles (the Series X/S, and the Xbox One), as well as the Nintendo Switch.

Disco Elysium will have you wake up with no knowledge of your former life – the only clue is that you’re a detective who’s supposed to be investigating a murder. Through the course of the game you’ll dive deep into the main character’s mind, shaping it by investing in psychological skills that affect more things than you’d expect. The choices Disco Elysium presents you with can change, depending on the biases or tendencies you (intentionally or otherwise) put into the main character’s mind. Your choices matter more than you think, so plan carefully! 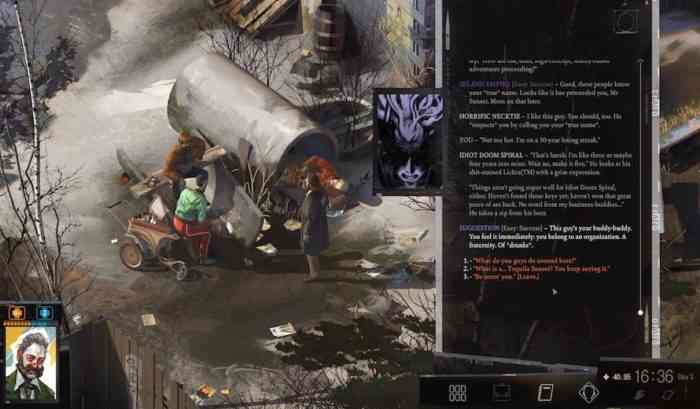 On top of that, promotional material goes out of its way to state: “This is not a port but a painstaking re-assembly of the critically acclaimed game, including a redesigned user interface experience, font scaling options, improved legibility across the board and all quality-of-life enhancements from previous iterations.” That kind of attention to detail is respectable, and not one that most games bother with. With any luck, these changes should make the game a lot easier to navigate on players’ home consoles.

And since this is the “Final Cut” version, you’re getting the premium experience with more voice acting and more quests than the base game. A digital release will crop up on October 12th, with a physical version appearing on November 9th. The price will be $39.99 USD in either case.