Chinese Players Are Review Bombing Life is Strange: True Colors Over a Flag

Nearly One-Fifth of All Steam Reviews are Over Tibet Flag

Life is Strange: True Colors has just been released to great critical acclaim.  However, a vocal portion of the player base is expressing extreme hate for the game – because of a single flag.

In Haven Springs, there is a small shop that contains the Tibet Flag hanging overhead. Although the devs probably didn’t intend for the image to become massively controversial, it didn’t take long for Chinese players to notice it.

On Steam, there appears to be an ongoing review bomb of the game. Out of 137 of the simplified Chinese reviews, 103 of them are negative.

The comments are filled with phrases such as “Tibet is a part of China” and anger over the “Snow Lion Banner,” which is considered to be a sign of separatism by the CCP. 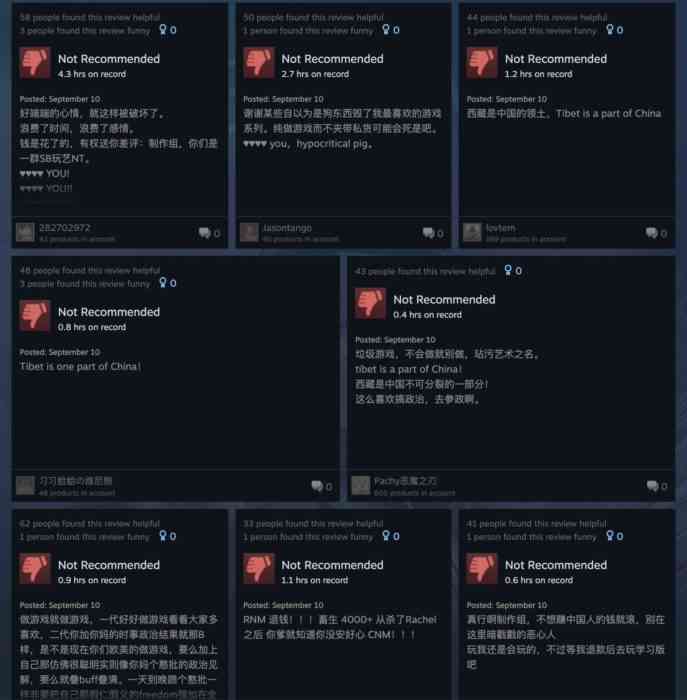 As shown by the screenshot, there are many reviews that express anger over the flag and Tibet’s political situation, as well as Deck Nine’s decision to include the flag in the game. The 103/137 negative comments are a far cry from the “mostly positive” average review of the game – although, with only 519 reviews of the game so far, the 103 negative Chinese reviews make up a large fraction of the total reviews.  Indeed, only 75% of the total reviews are positive, which means an overwhelming majority of negative reviews – 103 out of roughly 130 reviews – are from Chinese users.

The Tibet Flag, in modern times, has become to be known as the “Free Tibet flag,” as it is being used for the Tibetan independence movement.  In addition, the flag has been banned in China.  Deck Nine has not made any statement so far about the flag or any potential removal.

What do you think of the current situation with the review bombing of the game? Let us know down in the comments, or hit us up on Twitter or Facebook.