Orcs Must Die in More Ways!

It is kind of unusual that Google Stadia has an exclusive title, but here we are. Or rather, there we were? Last year, Orcs Must Die! 3 came out exclusively on Stadia, but that exclusivity time is up and now the game is on more platforms. 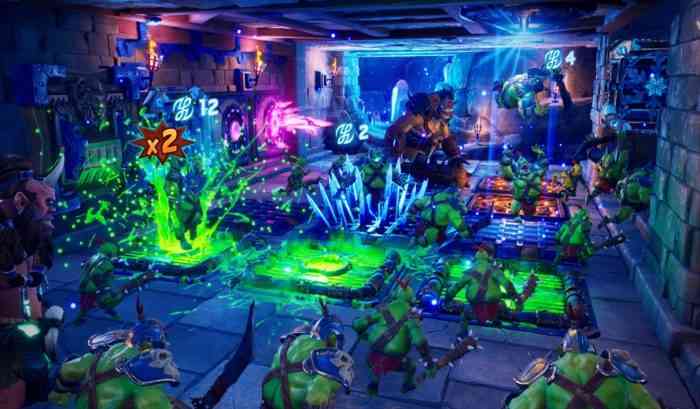 The 3D fantasy, tower-defense series is still going strong after 10 years and four games under its belt. The general plot of the game (yes, there is a plot) is that the player, known as the Hero, defend Rifts that orcs storm, where they will cross into the human world and wreak havoc.

The basic elements of the game include setting traps and using magic to chip away at the raging army of orcs. Successfully defeating waves of orcs will grant you gold, with which you can spend to make more traps and cast more powerful spells. You know, tower-defense.

As we mentioned above, Orcs Must Die! 3 first came out on Stadia, but is now available on PC, PS4, Xbox One, and Xbox Series X|S. The DLC titled Drastic Steps that came out in November will be included for free on these platforms.

Orcs Must Die! 3 offers both single player and multiplayer co-op experiences to fight back the hordes of orcs. Stadia is not exactly as popular as the other consoles, but hopefully more players will be defending the Rifts now that the game is more widely available.

How long can you fend off the orcs? Orcs Must Die! 3 is now available on PC, Xbox One, Xbox Series X|S, PS4, and Stadia.

Have you played the other Orcs Must Die! games? Let us know in the comments below.