Human: Fall Flat is celebrating several different milestones at the moment, beginning with the game’s 5th anniversary. That’s right, this fun and quirky physics platformer has been giving gamers around the world a sandbox to run, jump, climb, and fall flat on their faces in for 5 whole years. Time sure flies.

The game happened to pass another important milestone at the same time–No Brakes Games and Curve Digital are delighted to announce that Human: Fall Flat has now reached over 30 million units sold. That’s pretty awesome, and the timing means they can package this celebration in with the 5th anniversary celebration and the announcement of Human: Fall Flat’s next level, Laboratory.

The developers have also shared a short trailer almost 2 minutes long that focuses on the Human: Fall Flat community coming together to celebrate its 5th anniversary. In the video, several streamers, including Tyler ‘Gotcha’ Ehninger, Sam Tabor, Li Yi, WindGrin, and Steve, Ash, and Brandon from GVG, come together to talk about how much Human: Fall Flat means to them. Needless to say, the video is full of cute little blob people running around, having fun, and falling off things.

The Laboratory level is coming later this summer. Created by ‘Buler,’ the winner of the Fantastic Machines Competition, Laboratory will place players in a secret lab and allow them to play with the forces of physics, which promises some very entertaining magnetism and electricity-themed puzzles.

Some new community skins will also be coming out soon: the Jester, Wrestler, and Painter. These are the first 3 winners from the recent ‘Dress to Impress’ competition–the remaining 7 will be coming out by the end of the year.

“We couldn’t be happier to reach this amazing milestone,” said Tomas Sakalauskas, CEO and Founder of No Brakes Games and Creator of Human: Fall Flat. “Five years ago Human Fall Flat first launched on PC with eight physics based puzzle levels, and now our game is available worldwide across PC, mobile and console platforms, includes 17 (soon to be 18!) exciting levels, and we’ve shipped over 30 million copies – we really can’t believe how far we’ve come.” 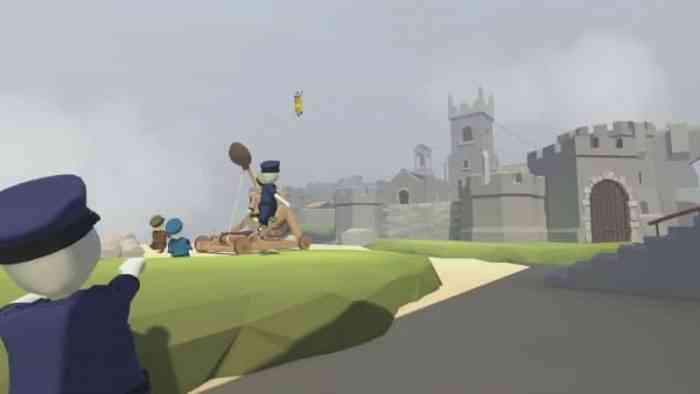