Can you believe it? It has been 20 years to the day since the first Max Payne game came out. I remember my first experience with the game was as a young lad, watching my older brother play it on PS2. He was also a little too young to really play it, but I heard and saw things that would haunt me. But I grew up in the 90s, so that kind of thing was an every day occurrence. 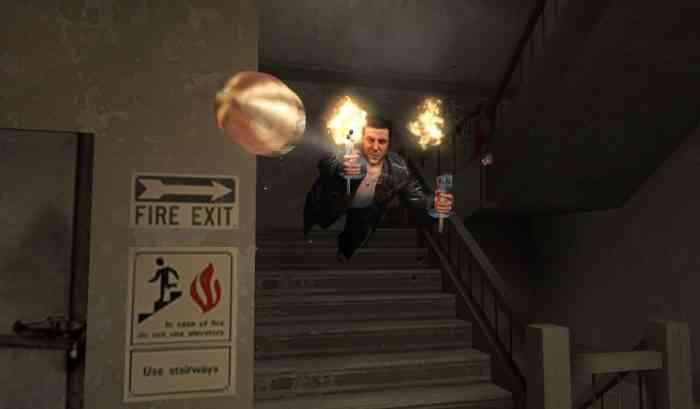 Today, James McCaffery and Sam Lake posted a video thanking the loyal fans of the series with a neat treat. Sam Lake, creative director at Remedy Entertainment, writer and face model for Max Payne busted out the original outfit, while McCaffery provided a voice as Max’s inner monologue.

Max Payne was developed by Remedy Entertainment and published by Gathering of Developers for its PC launch. For the console ports and other versions, Rockstar Games published it. That partnership would persist for the release of the second game.

Max Payne 3 was developed entirely by Rockstar Games. While many mechanics from the first two games returned, Max Payne 3 also included new features like multiplayer. There was also a 2008 Max Payne movie starring Mark Wahlberg and Mila Kunis, but we try to forget about that.

Of course, Remedy Entertainment has gone on to make other notable games like Alan Wake and Control, which James McCaffery has also played parts in. Max Payne is available for PC, PS2, PS3, PS4, Xbox, and Xbox 360.

Did you play any of the Max Payne games? Let us know in the comments below.