Hilarious physics platformer Human: Fall Flat is one of those games that is almost as much fun to watch someone else play as it is to play it yourself. After Human: Fall Flat passed 25 million sales, we’re not surprised that it has made its way onto PS5. We are, however, pretty thrilled about the idea of this game getting Haptic Feedback. Soon, players will be able to experience the feeling of climbing, swinging, and moving heavy objects in a whole new dimension: touch. The PS5 DualSense controller will register subtle tension in its adaptive triggers as players navigate levels and interact with objects. While it’s very difficult for trailers to convey a sense of touch, this PS5 trailer does a great job of conveying the joy players will get from playing Human: Fall Flat on PS5.

As of writing, Human: Fall Flat contains 17 levels filled with sprawling, brightly-colored environments and a ton of objects to lift, move, stand on, and use to solve a variety of puzzles. The most recent addition is the Forest Level, but the team has made it clear they intend to add more content to the game in the future. There are multiple routes players can use to make their way through each level, providing a ton of replay value. But let’s be honest here, the most fun aspect of Human: Fall Flat is the multiplayer. There’s nothing quite like watching a friend struggle to guide a little blob over treacherous terrain and through mind-bending puzzles.

Some games make you scream or cry when you fail. In Human: Fall Flat, failing is part of the charm. The player characters are constantly falling over, dropping things, getting stuck to objects, and not making jumps, often with hilarious results. We’re sure that the PS5 version’s Haptic Support will only make failure even funnier. 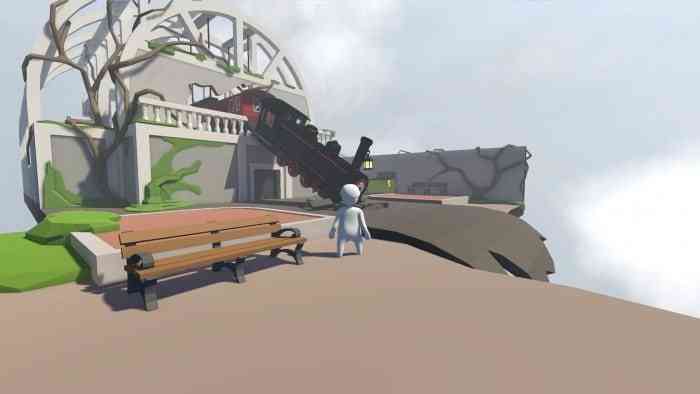 Call of Duty: Modern Warfare 2 Has Made It Easier to Spot Targets
Next
Space Jam: A New Legacy Has a Game… and It’s Not a Basketball Game
Previous
Kena: Bridge of Spirits Will Be Coming to GeForce Now at Launch