The follow-up to the 1996 sports/animated film Space Jam will be released in a few weeks. LeBron James will be starring as himself, alongside all the classic Looney Tunes characters. In promotion of Space Jam: A New Legacy, Warner Bros. and Xbox teamed up to hold a contest for best tie-in game idea. It is beyond me how they landed on an arcade beat ’em up, but Space Jam: A New Legacy – The Game will be debuting next week as an Xbox Game Pass Ultimate Perk, then becoming more widely available in mid-July. 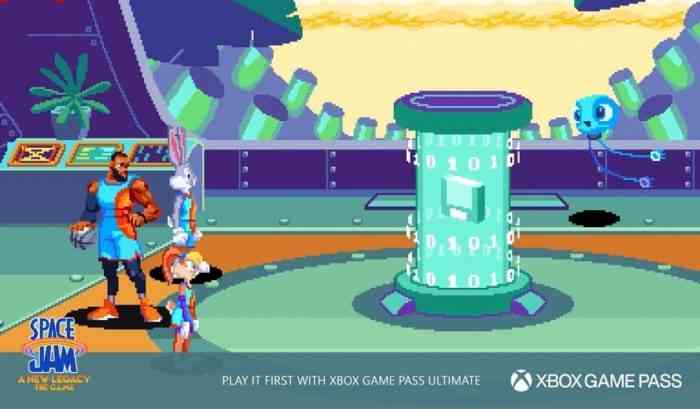 For some reason, the game is not an arcade basketball game, but a 2D beat ’em up instead. I guess that is kind of lends itself to the style of Looney Tunes though. Players will be able to fight as LeBron James, Bugs Bunny, or Lola Bunny. Other characters, like Tweety make appearances. Tweety will occasionally drop power-ups like a basketball, which seems to activate special abilities. Enemies include robots and members of the Goon Squad, like White Mamba and The Brow as bosses.

Will you be trying out the new Space Jam game? Let us know in the comments below.