The Metroid Prime Trilogy is some of the most beloved games in the entire Metroid franchise, and many fans have been eagerly anticipating their arrival on Nintendo Switch for years. However, according to prominent journalist Jeff Grubb, the port is already ready–but Nintendo will be sitting on it until Metroid Prime 4 is closer to completion.

Metroid Prime 4 has been in development for quite a while now and little has been heard about it–even the Metroid presentation at E3 2021 was dedicated to a completely different title, the eerie 2D entry known as Metroid Dread. While fans are certainly looking forward to this upcoming fast-paced game, which appears to be taking significant nods from the survival horror genre with its unstoppable EMMI foes, Metroid Prime 4’s absence is still being sorely felt.

Grubb stated in the third episode of Grubbsnax that work on the Switch port of the Metroid Prime Trilogy is done, but Nintendo is still holding onto the games rather than just releasing them. Apparently, the plan is for the Switch port to help drum up buzz for Metroid Prime 4 once it’s ready.

We can understand this logic. After all this time, the hype for Metroid Prime 4 has died down a little, so a revival of the original Metroid Prime games could help get people excited again. However, we think we speak for most Metroid fans when we say we just want to play the Metroid Prime Trilogy on Switch already.

This isn’t the first time Nintendo has pulled something like this–the company did something similar with Pikmin 3 Deluxe, which Grubb also reported on, so both he and Nintendo have a track record. That said, just because a decision makes sense from the company’s perspective doesn’t mean gamers have to like it.

We guess that Metroid fans should cross their fingers that Metroid Prime 4 is getting closer to completion. In the meantime, we still have Metroid Dread to enjoy. 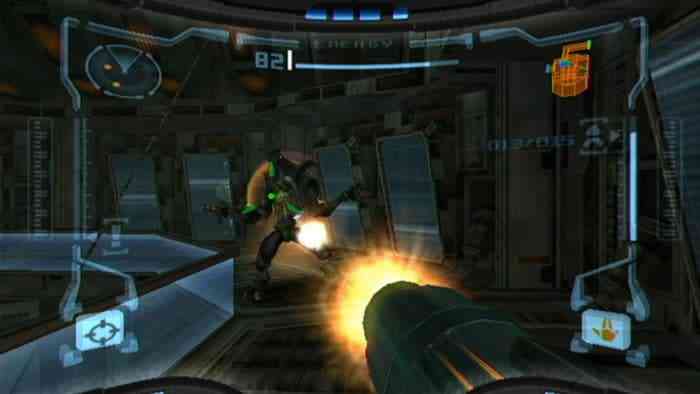 Metroid Prime 4 is coming to the Nintendo Switch sometime before the heat death of the universe. We hope.

Do you think Nintendo is sitting on the Metroid Prime Trilogy for Switch? Let us know in the comments below or on Twitter and Facebook.

Beasties, Match 3 Adventure, Taming Switch Today
Next
Tom Clancy’s XDefiant – Ubisoft’s Take on a First Person Shooter
Previous
Skate 4 Behind the Scenes – It Exists and It’s Being Worked On