Ubisoft has been teasing a new game as of late, using the Tom Clancy logo with a mohawk on it. Today, they revealed Tom Clancy’s XDefiant, a free-to-play co-operative shooter. It looks like a bunch of different things like Overwatch and Call of Duty, mixed with familiar Ubisoft titles. 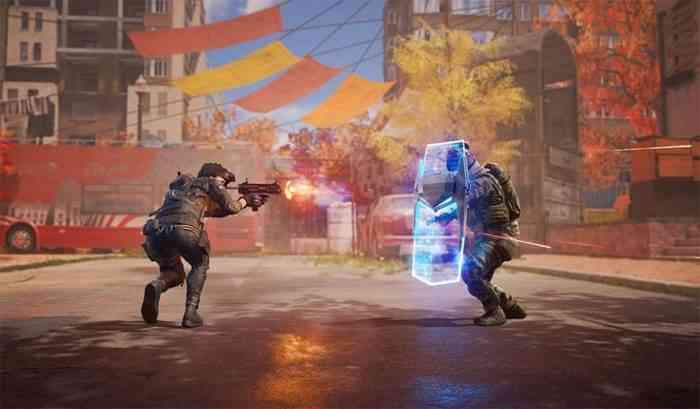 At it’s core, XDefiant is a shooter. Ubisoft promises a ton of different weapons to choose from, as well as different abilities and super-moves to customize your player experience with. From the look of the reveal, there are a bunch of objective-based multiplayer game-types. In these ways, XDefiant seems a lot like Overwatch and Call of Duty.

XDefiant will have players make use of Factions that offer unique abilities and weapons. These Factions are based on groups you may recognize within the Tom Clancy and other Ubisoft games, such as Splinter Cell and Watchdogs. Players will be able to change loadouts mid-game to adapt to the other players’ playstyles.

Ubisoft is setting up the game options like weapons and Factions to be ever-expanding, a lot like how they have built up the roster and arsenal of Rainbow Six Siege.

There is no solid release date yet for XDefiant, but Ubisoft is opening up registration for a closed beta starting on August 5th for PC players. After that more tests will open up for other platforms. XDefiant will be coming out for PC, PS4, PS5, Xbox One, Xbox Series X|S, Stadia, and Amazon Luna.

Does XDefiant look interesting to you? Let us know in the comments below.