COG Considers: All Memes Aside, This Could Be Really Good

Today on COG Considers, let’s talk about one of the few actual game reveals that came out of E3 2021–Stranger of Paradise: Final Fantasy Origin. This unusual and kind of clunky title belongs to an upcoming Final Fantasy game that appears to have two main things going for it. First, it’s connected to the original Final Fantasy and might be a loose remake of that iconic JRPG. Second, it’s a soulslike, with a combat system reminiscent of the Dark Souls games and a much darker tone than previous Final Fantasy games. Or rather, a more obviously dark tone, since Final Fantasy VII is basically a cyberpunk thriller with magic and Final Fantasy X features a doomed protagonist exploring a world trapped in a spiral of death. Some fans have raised concerns about Stranger of Paradise’s tone, which appears a bit odd in trailers. However, I think this could be something really excellent if Square Enix and Team Ninja can pull it off.

What are the main appeals of a soulslike game? The easy answer is the complex, nuanced, and nail-bitingly difficult combat, of course, but there’s more to the soulslike equation than that. A solid battle system alone can’t make a game as beloved as FromSoftware’s brutal Soulsborne games have become. Aside from the combat, games like Demon’s Souls, Bloodborne, and the Dark Souls trilogy feature strong visual design, haunting soundtracks, and–most importantly–incredible levels of environmental storytelling. As the Final Fantasy series transitions from its pure JRPG roots to action games, that last point is becoming particularly important.

Final Fantasy XV was fairly bland all around, but its approach to setting left a particularly sour taste in my mouth. While I wasn’t fond of the main characters or the story beats, they were serviceable. The game’s world design, however, clashed horribly with the worldbuilding, resulting in a setting that simply didn’t reflect its inhabitants or its history. Given how complex and beautiful places like Midgar and Spira were, that was incredibly disappointing. I understand if Eos is bland because of Final Fantasy XV’s troubled development history, but Stranger of Paradise presents an opportunity for Square Enix and Team Ninja to recapture the series’ lost magic through the lens of environmental storytelling. 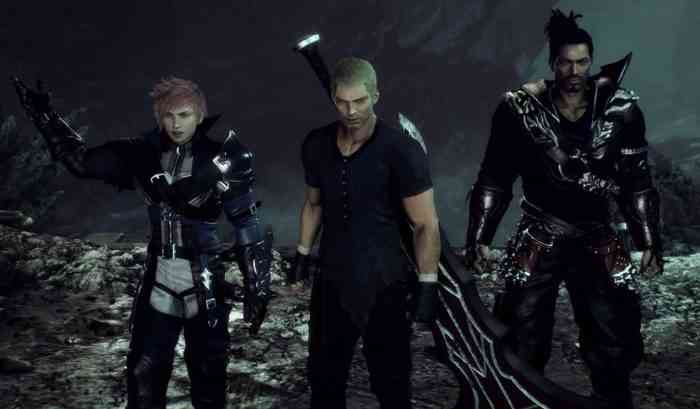 Stranger of Paradise’s dark environments, grim high fantasy tone, and apparent focus on revenge and corruption would mesh very well with both the soulslike approach to storytelling and Final Fantasy’s existing themes. While you could argue that any return to the original Final Fantasy should be more rooted in the surreal and fantastical art of Yoshitaka Amano, I think a more realistic interpretation of the game’s setting still has a lot of potential, especially since we don’t know very much about Stranger of Paradise just yet. Whether it ends up a straightforward remake of the original Final Fantasy or something else, it would be amazing to see Square Enix take some nods from FromSoftware for this title.