Return to the Lovingly Recreated World of Super Monkey Ball

It’s always excellent to see a series you thought was dead and buried return. Super Monkey Ball, the iconic, charming, and notoriously difficult series about steering happy little monkeys riding around in transparent spheres through brightly colored mazes is back with Super Monkey Ball Banana Mania, a faithful remaster released right on time for the series’ 20th anniversary. We had some suspicions this might be coming as one Super Monkey Ball voice actor dropped hints on Twitter, but we didn’t know for sure until the game was announced at E3 2021 with a trailer that started out like the intro to a Star Wars movie and ended with classic Super Monkey Ball action. Take a look.

Super Monkey Ball Banana Mania will contain over 300 lovingly recreated levels and mazes, 12 fun minigames, and the return of an adorable cast of beloved characters. It’s time for AiAi and his monkey friends to once again roll their way to victory over the course of hundreds of surreal environments as they race to stop the wicked schemes of evil monkey mad scientist Dr. Bad-Boon. It’s a blast from the past and it’ll be a perfect nostalgic time sink during the pandemic.

“We’re thrilled to announce a new Super Monkey Ball at the same time as we celebrate the 20th Anniversary of this beloved series,” said Toshihiro Nagoshi, SEGA Creative Director and Creator of Super Monkey Ball. “Everyone’s support, especially fans overseas, has been a big encouragement to the development team over the years. We can’t wait to reintroduce the rich world of Super Monkey Ball to a new audience.” 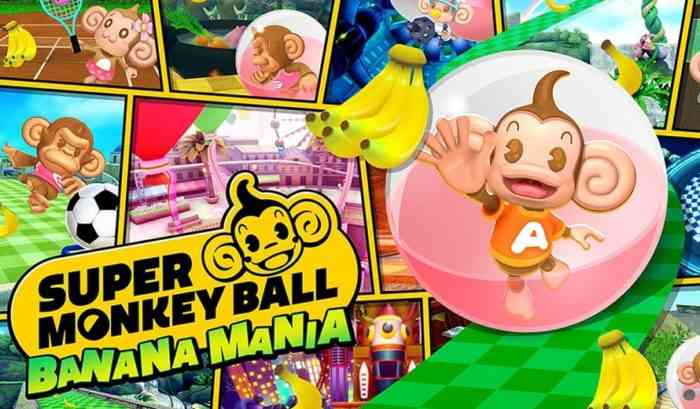 Super Monkey Ball Banana Mania will be available for PS4 and PS5 on October 5th, 2021.

Are you looking forward to Super Monkey Ball Banana Mania? Let us know down in the comments, or hit us up on Twitter or Facebook.