Fans Are Eagerly Awaiting a Sequel to 2015’s Bloodborne

FromSoftware president Hidetaka Miyazaki said in a recent interview with tech website Xataka that he wasn’t “in a position” to talk about Bloodborne 2 coming out and denied that a Bloodborne Easter egg found in Déraciné, a recent FromSoftware release for PSVR, meant more than it appeared. 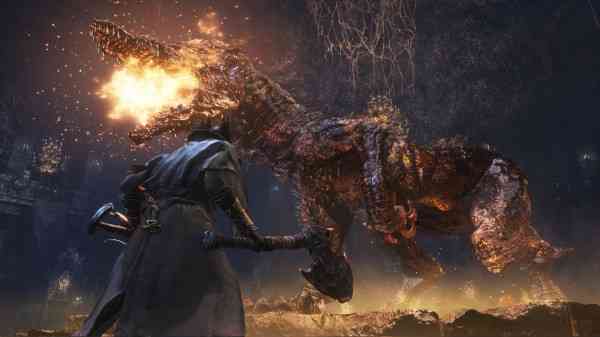 “The easter egg in itself is not indicative that we are going to launch Bloodborne 2,” Miyazaki told Xataka when asked about the Easter egg. “I’m not in a position to talk about a possible release of Bloodborne 2. However, we love Bloodborne; that’s why this easter egg has aroused so much curiosity. But, I repeat, it’s not a Bloodborne 2 notice. It’s just something that we explored among ourselves, because we love Bloodborne.”

Fans have been clamoring for a Bloodborne sequel for years now. The Gothic-inspired aesthetic and smooth, fast-paced combat set the 2015 hit apart from the acclaimed Dark Souls series (which Miyazaki declared last year was over). A Bloodborne 2 was spotted on Amazon Italy earlier this year and listed for release in 2019 but it’s unclear if that was a legitimate leak or a simple mistake on Amazon Italy’s part.