A Mysterious New Survival Adventure is On the Way

Don’t Starve isn’t just a solid piece of advice for any situation–it’s a franchise of deliciously creepy survival games that is soon to get a new addition. Don’t Starve: Newhome is an upcoming multiplayer evolution of the series that players can expect to see on iOS and Android in the near future. It will maintain the trademark Don’t Starve atmosphere while adding plenty of new social and multiplayer elements as well as a brand new story mode. And speaking of story modes, the game just received a delightfully creepy animated story trailer which does an excellent job of getting players excited to dive right into the Constant once again. Take a look.

The trailer begins with Wilson bound to the Shadow Throne and not happy about it. After a few feeble attempts to free himself through brute force, he decided to put those gentleman scientist credentials to work and constructs a device to do it for him. Unfortunately, much like his previous attempt at building a device of great and terrifying power, things go wrong. Soon after, shadowy arms are seen grabbing people from their homes and even from their beds, forcibly transporting them to the deadly world of the Constant. In short, Wilson is doing to others exactly what Maxwell did to him, and presumably for the same reason: desperation to be freed from the Shadow Throne.

These events do not align with the storyline of the main games, suggesting that either Don’t Starve: Newhome takes place in an alternate timeline where Wilson was never saved from the Throne or that the plot has been retconned. Either way, this does open up the question of what Charlie is up to in the new storyline. 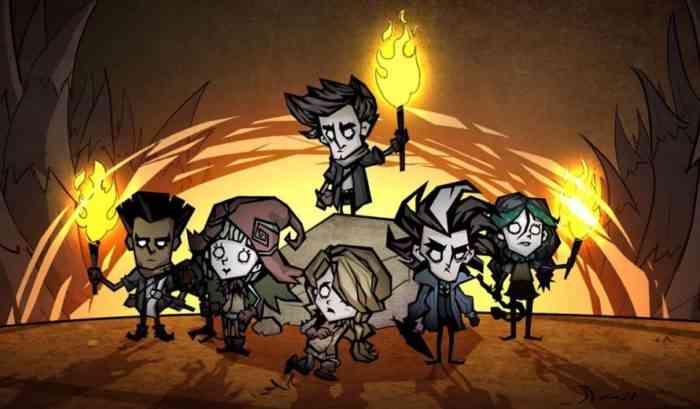 Don’t Starve: Newhome will be available soon on iOS and Android.

What’s your favorite survival game? Let us know down in the comments, or hit us up on Twitter or Facebook.