Last year may have been the free-to-play MOBA’s best year yet, but the heroes just keep coming with Smite Season 8! Following the addition of Babylonian legends Gilgamesh and Tiamat along with a brand new 5v5 map and, most importantly, the Crab Rave, Titan Forge Games are now ready to announce the newest member of Smite’s roster.

Morgan Le Fay, Arthurian sorceress and master of the dark arts, will be coming to Smite later this year. Titan Forge Games have released a cinematic trailer to give us an idea of what she’s capable of – and it’s awesome. The trailer shows a friendly bout between King Arthur and the legendary mage Merlin, soon turned deadly as the Dark Enchantress uses her powers of manipulation and illusion to turn these staunch allies against each other. 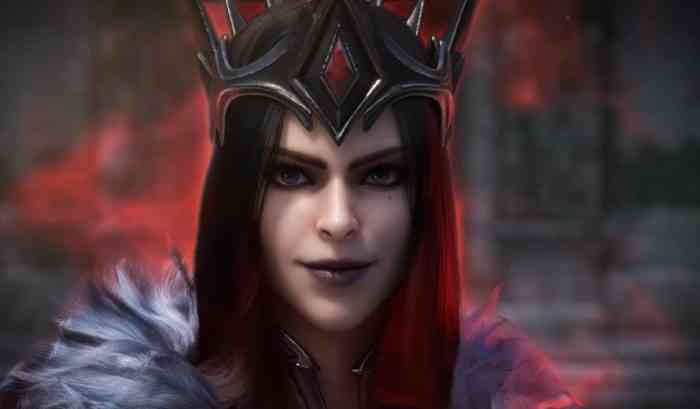 Although not much is known about her gameplay yet, we have gotten some small hints. According to Titan Forge Games, Morgan Le Fay will be “equal parts magic and manipulation”. With this focus on manipulating enemies and perhaps the ability to turn them against each other, Morgan is set to be a truly unique addition to the Smite roster. Interestingly, it seems that she will be joining the likes of Hades, Chiron and Cupid in having a secondary healer role – “Regarding others as toys for her own amusement, Morgan Le Fay brandishes white and death magics, healing powers, and the forbidden arts against her enemies.”.

With both previous gods this year, Gilgamesh and Tiamat, being powerful enough to warrant nerfs (and even then retaining a strong player base), and with the cinematic showing Morgan going toe-to-toe with two of the most powerful characters in the game, the June release is set to be a big one for the Smite meta.

Morgan Le Fay will release this June – keep an eye on the official Smite Twitch channel at 3pm EST on May 26th for more information!