Unfortunately, She is No Longer Huge in Cutscenes

Fans of Resident Evil and random internet-goers alike have been raving about Alcina Dimitrescu, Resident Evil Village‘s beautiful and sadistic tall vampire lady, for months, and it doesn’t look like the fuss is going to die down much now that the game has been released. One modder, Raq, has even gone so far as to make Lady Dimitrescu playable in an entirely separate game. If you own Resident Evil 3 and are into mods, you can now download one titled simply ‘Alcina Dimitrescu at Resident Evil 3 (2020)’ and replace that game’s protagonist Jill Valentine with a slightly rescaled model of Lady Dimitrescu, complete with dress physics. We must admit that it looks fantastic.

In her home title, Lady Dimitrescu is an antagonist who stalks the player through the halls of her gothic manor, lashing out with her deadly claws, but in this mod, her model replaces Jill’s, allowing the player to control her. She retains her uncanny pallor, quietly menacing expressions, and floor-length dress, making her stand out sharply in the more grounded–or at least action-heavy–atmosphere of Resident Evil 3. The mod’s biggest failings so far are that her feet will sometimes clip through the fabric of her skirt and that she no longer towers over other characters in cutscenes. Gameplay is another story. Not only does her height rival that of Mr. X, the game’s camera angles frequently cut out her head entirely when trying to focus on her back and hands.

Raq extracted Lady Dimitrescu’s model from Resident Evil Village and imported it into Resident Evil 3 as the main protagonist’s mode, complete with hair and dress physics. The model even supports a full lip-sync of Jill Valentine’s dialogue, making the change seem almost natural–almost, because Nikolai accusing Lady Dimitrescu of being unreliable and unable to pull the trigger when it counts made us laugh out loud. 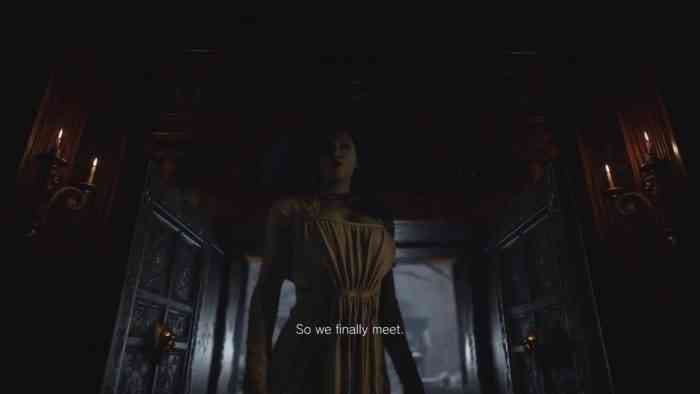 What other games would be improved by having Lady Dimitrescu as the protagonist? Let us know down in the comments, or hit us up on Twitter or Facebook.