Valve has gone on the record saying that they look forward to Half-Life: Alyx getting a No-VR mod–specifically, they look forward to people playing the mod, realizing it’s a butchered version of the game, and understanding why Half-Life made the leap to VR in the first place. Argentinian modder SoMNst has a counter-argument, presented in the form of a nine-minute-long update video that actually looks pretty good. The camera isn’t jittering with every movement, Alyx’s fingers move as one, and the combat looks smooth and functional. The goal of this mod is to have Half-Life: Alyx play as much like Half-Life 2 as possible. Right now, it looks like it’s succeeding. But don’t take our word for it, see for yourself.

Will the end result be less exhilarating than the VR version? Maybe. But one thing’s for sure: a good No-VR mod will be a godsend to Half-Life fans who can’t or don’t want to shell out the money for a headset. The high price of VR raises barriers that can be very difficult for fans, especially those outside North America, to overcome. SoMNst wants to lower those barriers and make Half-Life: Alyx accessible to more players, and that’s pretty awesome.

“I played the game in VR and I think that the game is a masterpiece. Valve did an awesome job,” SoMNst told Kotaku. “In the current situation of my country (Argentina) it’s almost impossible to get a VR Headset, even if you try to get the cheapest one… So I’m developing this mod because of that and because I think that it’s a nice challenge to get working HLA without VR.”

SoMNst and two other modders, Optimus97 and Nicklaus, are working together to create flatscreen versions of the game’s core functions, including crafting and main menu navigation. We wish them the best on this project. 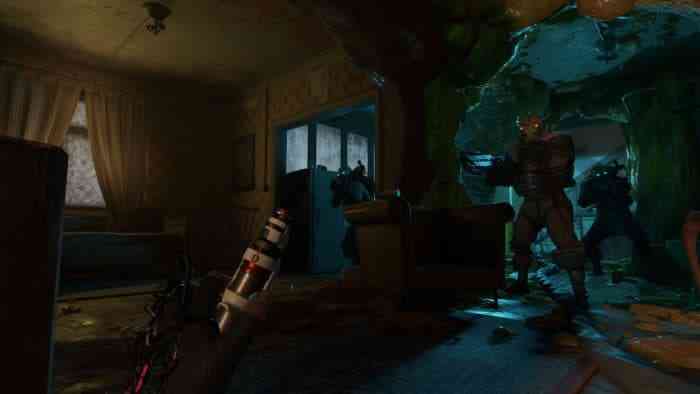 Would you play Half-Life: Alyx without VR? Let us know down in the comments, or hit us up on Twitter or Facebook.