Soon to Be on Consoles

The latest Leisure Suit Larry game came out on PC last year to mixed/average reviews, but after a short refractory period, the game is ready for a second release on multiple platforms, aiming to satisfy more players. These last couple of romps in the series have had average performances, but because of their raunchy history, the games still get a fair amount of play, despite stiff competition from other adult games in the market today. The current publisher of the series Assemble Team announced that Leisure Suit Larry: Wet Dreams Dry Twice will be all over Nintendo Switch, Xbox One, and PS4 next month. 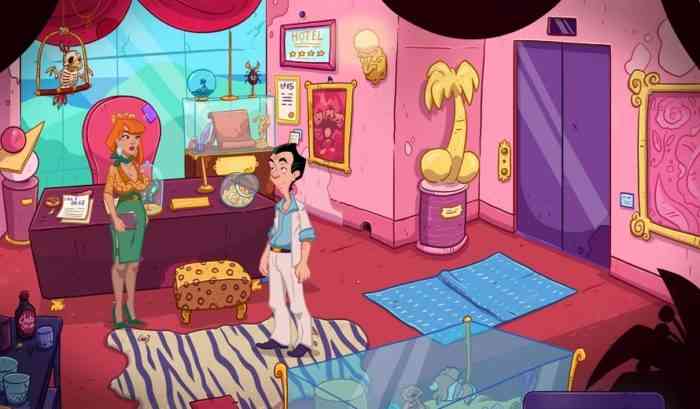 Wet Dreams Dry Twice (a play on Sekiro: Shadows Die Twice) is a direct sequel to Wet Dreams Don’t Dry, which came out in 2018. After a digital quickie as Larry Lovage in the 2000s, players are back in the role of Larry Laffer, who was the star of the original series. Wet Dreams Don’t Dry was only on PC and Xbox One, but the latest game will be reaching around to other supporting platforms.

💦 Together with @CrazyBunchTeam we are happy to announce that @LarrysMansion ’s latest adventure #LeisureSuitLarry #WetDreamsDryTwice is heading to #XboxOne, #PlayStation4 and #NintendoSwitch on May 18 already!

If you are longing for more of Larry, you will not have to stave off the desire much longer. Leisure Suit Larry: Wet Dreams Dry Twice will be releasing on May 18th on PS4, Xbox One, and Nintendo Switch. With this article stuffed with as many innuendoes as this, I could write the next Leisure Suit Larry game! Sex.

Did you play Wet Dreams Dry Twice on PC? Let us know in the comments below.