Fun for Almost the Whole Family

From the wacky and kind of sadistic Curve Digital, the old people obliteration game, Just Die Already will be coming to consoles and PC. We’re all thinking it, but Curve is just saying it. Don’t get the wrong idea. What we are all thinking is that we want this game on as many platforms as possible. While this game looks crazy, fun, and kind of dark, Curve Digital felt the need to really drive that home, so they released a trailer full of YouTubers having fun with their game. We see JackSepticEye and a bunch of other YouTubers that everyone likes, but I have no idea who they are. Maybe I’m the old guy who should Just Die Already. 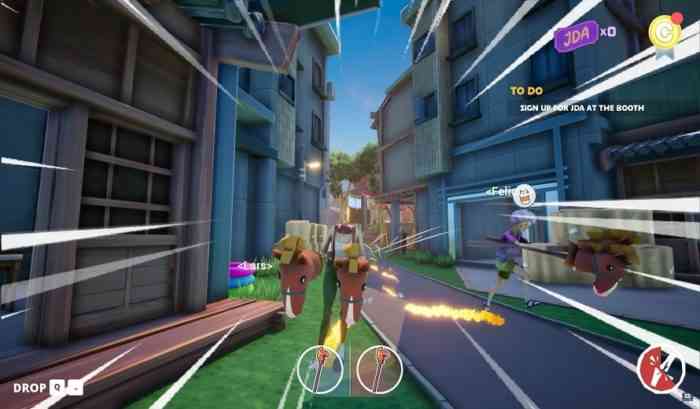 Just from the trailer, it is kind of hard to tell what this game is. You play as an elderly person, literally get thrown out of your house into the world, and then suffer all kinds of punishments, like getting set on fire, hit by cars, dismembered, electrocuted, and all sorts of things. Don’t worry though. It’s all funny. It is unclear what the objective is in Just Die Already, since the game kind of takes the backseat to YouTuber screaming, which is a lot like regular screaming, but more obnoxious.

Curve Digital has publisher other crazy and beloved games, like Human Fall Flat, Embr, Table Manners, and Manuel Samuel, so even if Just Die Already looks like a mess in the trailer, you can be sure it will come together by the time it launches. Speaking of which, when will it launch? There is no official release date, but it is “coming soon” for PC, PS4, Xbox One, and Nintendo Switch.

Does this look like a game you would go for? Let us know in the comment below.