This Train Runs on Nightmare Fuel

Trains? Great. Spiders? Not great. Very, very not great. Whoever created Choo-Choo Charles combined the two things on opposite ends of my “likes” spectrum. Charles is literally a spider-train, who will eternally hunt you, until you kill him. The game comes out in a couple of months.

With the body of a train and legs of a spider, Charles will pursue the player. You have a train of your own, which you can ride around the map in. You can outfit your train with armor and various weapons to keep Choo-Choo Charles at bay with. 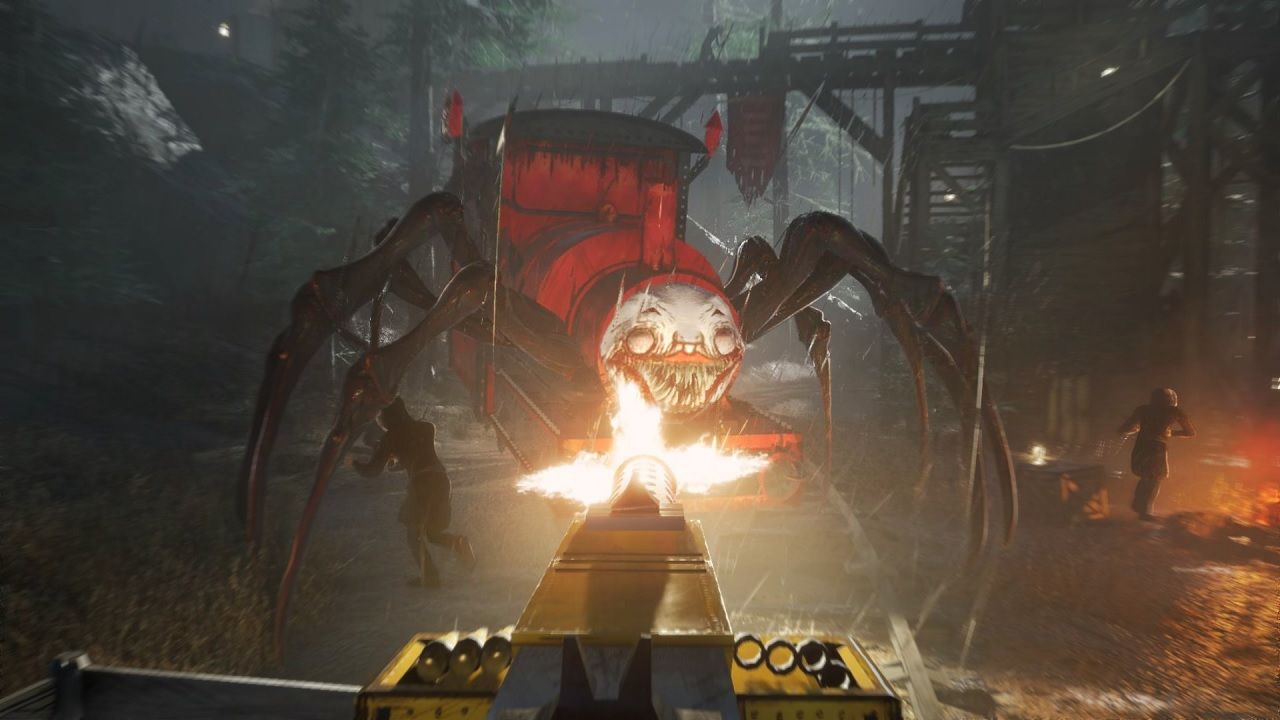 It’s not all just tracks and arachnids. Players will have to venture off the train, to places where Charles cannot stalk you. These areas are no less dangerous though. Charles has a spider-train cult that will try to kill you too.

A horror game where you navigate an open-world island in an old train, upgrade it over time, and use it to fight an evil spider train named Charles. Wishlist Choo-Choo Charles on Steam to be notified when it releases on December 9, 2022! (Link in comments) pic.twitter.com/ff7ZWgitWX

Travelling around the map, with Charles hot on your heels, you can find people that need your help. In return, they can help you upgrade your train for your final showdown with Choo-Choo Charles.

The game comes from Two Star Games, the developer of My Beautiful Paper Smile, which is also nightmare fuel. Choo-Choo Charles is set to come out on December 9th for PC.

Do you like trains and/or spiders? Let us know in the comments below.