The Genre Is Truly Back From the Brink of Extinction

It’s been close to twenty years since the last Dino Crisis game, and the resurgence of the Jurassic Park franchise has renewed interest in to prehistoric predators. Where once it seemed like the dino-horror genre was well and truly extinct, we suddenly can’t move for new games (Like Second Extinction, Dinohazard, or Goner) trying to walk in the series’ giant footprints.

Instinction, by New Zealand developer Hashbane, is just the latest entry into the field, but it’s also the only one that’s bold enough to compare itself to Dino Crisis. Speaking to The Escapist, Hashbane’s co-founder Jade Saunders said: “When we showed some friends and family there was a common, “Holy sh*t, is this Dino Crisis?” It was hard to deny the influence; other games like Turok and action adventure games in general certainly played a role initially.”

The game’s co-founder, Richard Gold, added: “Let me also address this broad term of spiritual successor here. We obviously all loved and still appreciate what Dino Crisis was and what it meant to a segment of gamers that had the pleasure to experience it in its heyday. We just intend to recreate what we all felt back then and also instill that experience in a new generation of gamers and with modernized gameplay and mechanics.”

We don’t have a full trailer as of yet, but we do have the above teaser which show what the team are capable of, and you can follow Hashbane’s YouTube to see development videos. It might not be much right now, but watch this space – Instinction may be the DIno Crisis successor you’ve been waiting for. 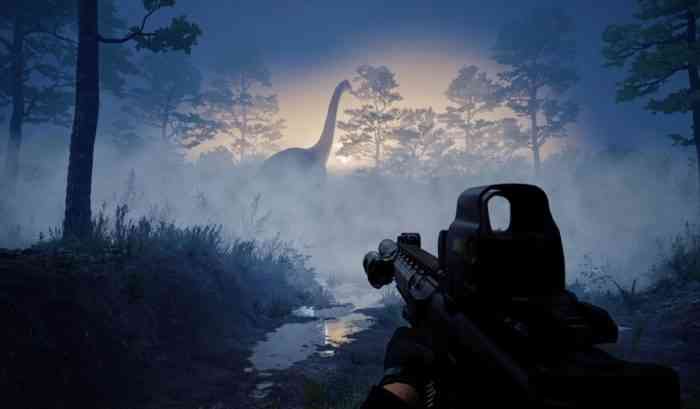 We don’t know much about the story or setting, apart from the fact that the game takes place on modern-day Earth in a large area controlled by an outside corporation – although eagle-eyed readers may notice the reference to cenotes, possibly pinning the location in Mexico’s Yucatan peninsula – the same region where the meteor which wiped out the dinosaurs hit.

Which dino horror are you most pumped for? Let us know in the comments, on Twitter, or on Facebook.