The Genre is Coming Back from Extinction

I previously mentioned a Dino Crisis shaped hole in my heart, and how Second Extinction looked like it might be the game to fill it. It looks like I spoke too soon because, in a classic case of “When it rains it pours” another Dino horror, Goner, has officially met its Kickstarter goal, making it the third upcoming horror game featuring the beloved creatures, alongside Second Extinction and Deathground. 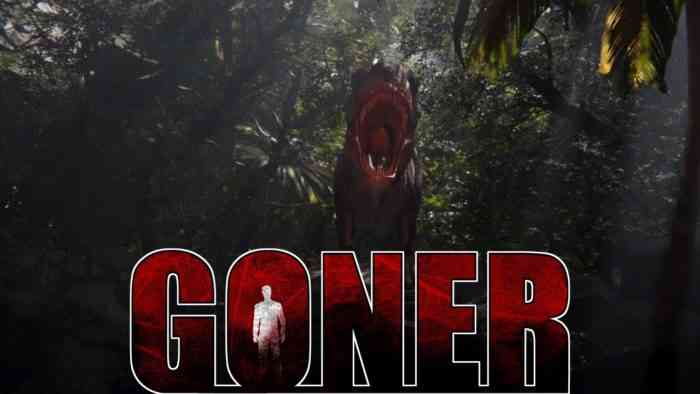 What differentiates Goner from the other two games is that, rather than having a multiplayer focus (Although multiplayer mode is included as a stretch goal), Goner is doubling down on the single-player experience, offering both a survival mode where the only goal is to survive, and a story mode where players take control of a man who follows his missing mother’s research to the mysterious island in an attempt to track her down. Mechanically, the game borrows a lot from survival game The Forest, with crafting mechanics and a focus on exploration rather than the tight, squad-based mechanics of Deathground or Second Extinction.

The game also uses an advanced weather system and a day and night cycle, forcing you to constantly adapt your plans. Traveling during the day may be safer and give you higher visibility but on hot days you’ll also tire faster and be more prone to thirst. Traveling at night might be better for your health but it also means you have lower visibility, and the predatory dinosaurs will be more active. Add to that a diverse biome, a litany of natural hazards like insects and quicksand, and a hostile tribe reminiscent of the Aztecs, and there’s a lot to be excited for – and terrified of – when Goner finally releases.

Do you have a favorite of the upcoming dino horror games? Let us know in the comments, or hit us up o Twitter and Facebook.