Apparently, DC FanDome is not strictly all about DC-centered properties, but it’s about the family. When the DC FanDome guest list was announced, Ed Boon was mentioned. The co-creator of Mortal Kombat and the Injustice games is nobody to ignore, so many fans were hoping for an Injustice 3. Unfortunately, nothing that big would come of it. Instead, since NetherRealm is part of the WB Games family, they are holding an in-game event to support DC FanDome. The Mortal Kombat 11 Arkham Anarchy event has come back. However, it is probably already over. 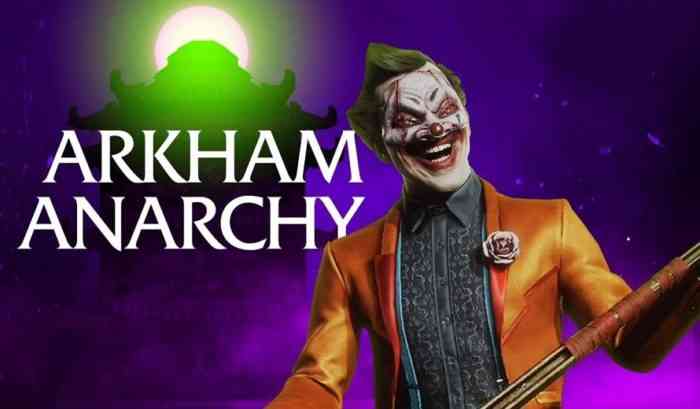 Arkham Anarchy would return as “a special Joker Tower” for the day. Unfortunately, this special Tower is a rerun of a previous event. The Joker skin that is available is also a repeat of that event’s rewards. The announcement also came late enough in the day that many fans probably missed out, especially if they were attentively watching the DC FanDome. It’s a shame that it would only last for that day. Despite this being pretty underwhelming, not all hope is lost. This weekend was just part one of DC FanDome. Another DC FanDome will be taking place in September. We got quite a lot to look at from this weekend including Gotham Knights, Suicide Squad: Kill the Justice League, The Suicide Squad, Justice League: The Snyder Cut, The Batman, Wonder Woman 1984, and a lot more.

Of course there are more movies on the horizon like The Flash, Aquaman 2, and Shazam 2, that could be revealed, plus we can still hold out for Injustice 3. They can’t put all the exciting news into just the first event, right? Mortal Kombat 11 is out now on PC, Stadia, Nintendo Switch, PS4, and Xbox One, but you probably missed out on the Joker Tower by now.

Are you still holding out for another Injustice game? Let us know in the comments below.