There’s been a big Dino Crisis shaped hole in my heart since I finished the first game. Like most kids I loved dinosaurs, and I loved the idea of a survival horror game where the enemies were some of the most dangerous and mysterious creatures in history. 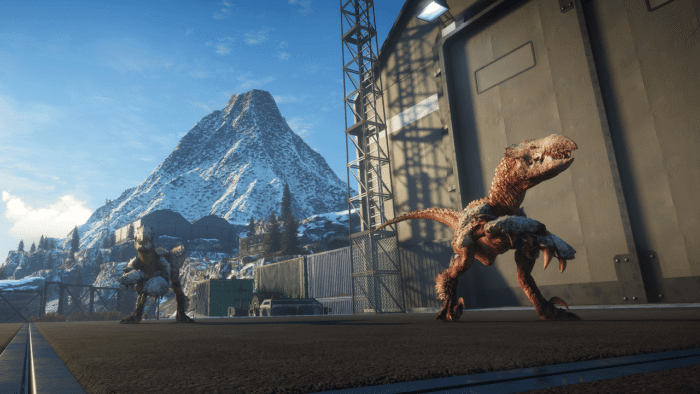 Luckily, Second Extinction just might be the game to fill that hole in my heart, and all my fellow dinosaur fanatics out there. The upcoming shooter will pit teams of up to three players against large groups of mutated dinosaurs. Their mission? Reclaim the planet. Sounds simple, right?

In addition to the base game there’s also a global metagame, War Effort, where your actions and successes will directly affect the threat designation and the types of challenges- and dinosaurs- you’ll face in any given region.

“The War Effort reflects the changes in the ongoing fight against the dinosaurs and ensures you’ll always have to stay on your toes. It’s a highly interactive, community-driven environment for players to fight in, letting us create new content that evolves over time,” said product owner Julianne Harty. “The War Effort is an integral part of how we’ll introduce new dinosaurs, missions, and more as a live service experience, and it’s a feature we’re excited to fully flesh out throughout early access.”

As part of the game’s preparation for full launch, developer Systemic Reaction are releasing the game for Early Access in September, giving Steam players a chance to check the game out early while giving the developers valuable insight into any issues players have with the game before it’s full release.

“Our goal with early access is to craft a long-term experience that’s fun and enjoyable for our players from day one,” said Harty. “With every update, we want to ensure the game is engaging and see what features resonate the most — we’re very eager to hear what the community has to say about where they want the game to go!”

What’s your favorite dinosaur and why is it Triceratops? Hit us up in the comments section or on Twitter or Facebook to let us know.

Instinction is Yet Another Dino-Horror Roaring Into Your Home
Next
Turtle Beach Releasing Cross-Generational Headset
Previous
Magic: Legends Introduces the Necromancer Class