Systemic Reaction has kicked off Pre-Season 5 of Second Extinction.

For those of you who don’t know, Second Extinction is a co-op shooter in which you and your friends battle mutated dinosaurs across a devastated world. Available for free today, Pre-Season 5: “Longest Days” adds a new Emergence Event enemy, new weapon and equipment, and more on Xbox Series X|S, Xbox One, and the Microsoft Store for PC via Xbox Game Preview (playable with Xbox Game Pass and Xbox Game Pass for PC), as well as on Steam Early Access.

Check out the new trailer:

• New Enemy — Dasher Raptor: Fast and airborne, these new dinos ambush in groups for a deadly assault from all angles (Emergence Events only).
• New Weapon — Artillery Cannon: A precision-skill weapon for Enforcers, dealing high damage if you hit directly and smaller splash damage if your shots land too far away.
• New Equipment — Sticky Firecracker: Capable of staggering foes in an emergency.
• Level cap raised from 25 to 50.
• New cosmetic rewards.
• New technical improvements, including support for gamepad remapping.
• A wide variety of game balancing and fixes. 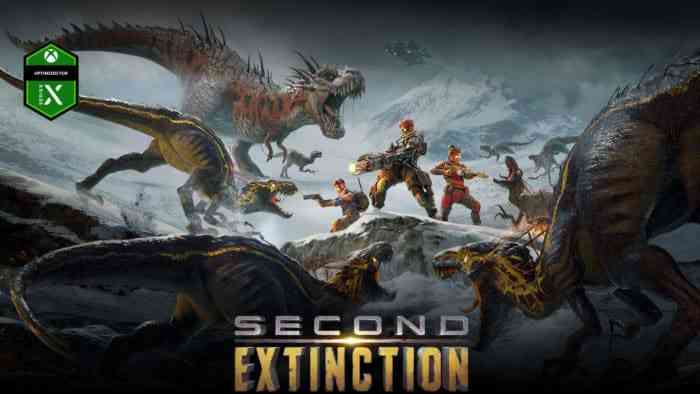 Second Extinction pits teams of up to three players against swarms of bloodthirsty dinos in fast-paced battles across Earth’s post-apocalyptic wastelands. Equip a range of uniquely powerful weapons and abilities and fight on your own or with friends against monstrous dinosaurs long thought extinct — now mutated and deadlier than ever! The War Effort is Second Extinction’s community-driven global metagame: by completing missions and activities, you’ll directly impact the threat level and challenges players around the world face.