Something Wicked This Way Comes

As part of bringing the intricate mechanics of Magic: The Gathering to a new market in the new MMO, Magic: Legends is bringing the necromancer in as one of the five starting Planeswalker classes available at launch. 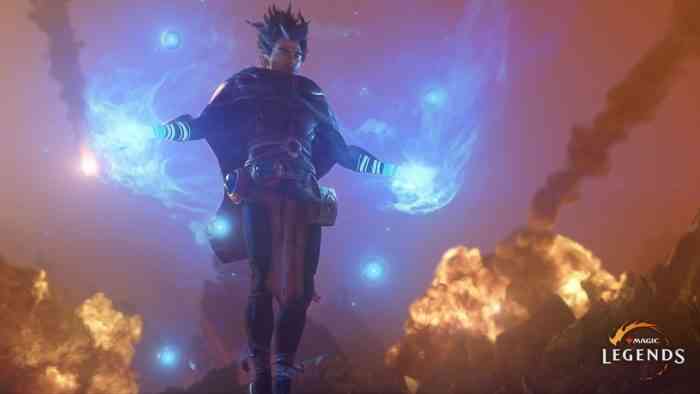 Anyone who’s ever played Magic: The Gathering knows that the game is punishingly intricate, where so much as one mistake can lead to your swift annihilation from the game, and the Necromancer is capitalizing on this with a high-risk, high-reward playstyle, using the player’s own life force to summon undead minions to fight by your side, conversely becoming weaker even as their powers grow. Don’t be too alarmed, though- your command over life and death means you can siphon health away from both enemies and allies as your undead army grows even stronger.

Key skills for the necromancer class are Soul Wither, which applies damage over time while slowing your enemies; Grim Siphon, which drains your opponents’ life force over time; and Grave Upheaval, a damaging attack that summons two skeletons to fight by your side.

The class is themed around Magic: The Gathering’s concept of black mana, one of five colors of mana, which seeks power through ruthlessness and opportunity and embodies parasitism and amorality- fitting for a class that can turn its enemies against each other or sap their own allies strength for a boost to their own. Given the sheer ruthlessness the class seems to embody it’ll be interesting to see how it plays out in parties, as a particularly pragmatic Necromancer can easily be a hindrance to their party by draining their life force to boost their own.

Mechanically, it’s certainly an unusual class, and in the right hands could easily be a valuable asset for any team- let’s just hope that all that sheer power doesn’t end up in the wrong ones.

Bless Unleashed is Coming to PS4