Pinball With Swords… For Free!

Every week, the Epic Games Store hands out between one and three free games. This week, the game available is Creature in the Well, an indie action/hand-and-slash/dungeon crawler/pin ball-like from Flight School Studios. Yes, we said pin ball-like. Players take on the role of the last remaining BOT-C unit, a robot sent to recover an abandoned facility left behind on a desert planet. The mission guidelines say that all you need to do is restore the power, but it turns out the situation is far more complicated. The facility is being haunted by a desperate and malicious Creature that won’t hesitate to marshal all the defenses against you. To win, you must recover powerful gear, reflect constant streams of projectiles, and find a way to take back the facility.

If you want to claim this grim top-down, hack-and-slash adventure into a dark underground facility, create a free Epic account and enable two-factor authentication. This will allow you to snag new free titles as they come out. Creature in the Well will be available until April 1st at 8 AM PT / 11 AM ET, when the next free game, Tales of the Neon Sea, will be made available. 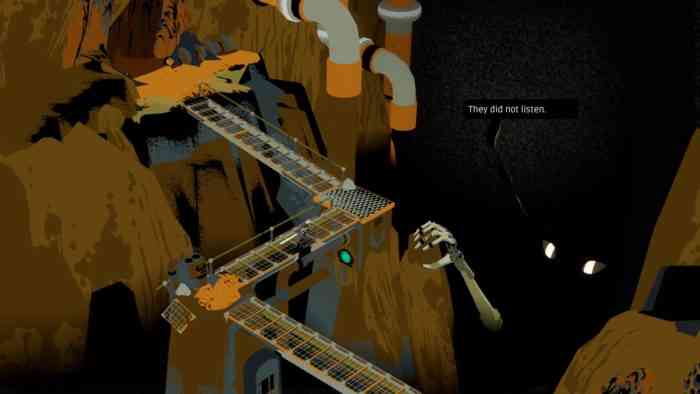 What’s your favorite pinball-inspired game? Let us know down in the comments, or hit us up on Twitter or Facebook.