Okay, But Scaramouche Banner WHEN?

While we’re talking about Genshin Impact’s upcoming content, we might as well bring up one of the biggest questions on our minds. No, not ‘when will Dendro be playable‘ or ‘when will Eula and Yanfei return from the war’–what we want to know right now is when the Inazuma region will be announced. This Japan-themed area has been confirmed to be the next region released after Liyue, but it’s been quite a while and we’re getting impatient. When, exactly, can we expect to see an announcement? A past trailer may give us some hints about this.

miHoYo has yet to schedule an actual release date for Inazuma, but odds are that we’re going to hear about it soon for one simple reason: roadmaps. Before the game launched, miHoYo revealed a roadmap for updates up to 1.3, including the additions of Dragonspine and the Lantern Festival. Update 1.4 was just released and there hasn’t been a new roadmap since Update 1.3, which means that we’re due for a new one. Inazuma probably won’t be released in 1.5, but the current schedule sees new updates released about every six weeks. This means that we probably won’t see news of Inazuma until June 9th, 2021 at the earliest. Once we finally get news of Inazuma, we’ll see more of Baal, the Electro Archon and Eternal Shogun, and presumably Scaramouche the 6th Fatui Harbinger as well. Fingers crossed for Scaramouche to follow in Childe’s footsteps and become playable. Just think of all the Bohemian Rhapsody references we could make! 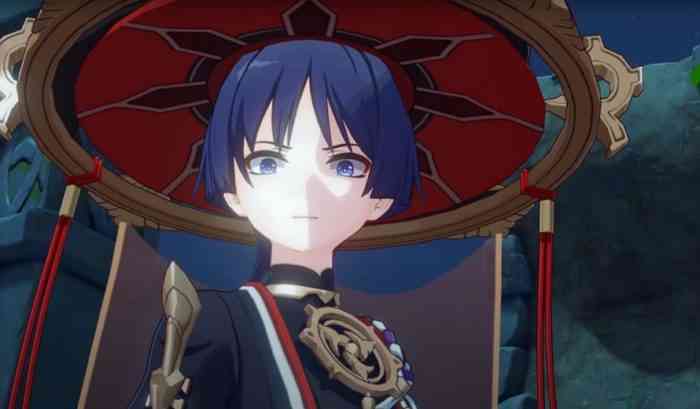 What are you hoping to see from Inazuma? Let us know down in the comments, or hit us up on Twitter or Facebook.

Ravenscourt Officially Announces Road 96: Mile 0 In Cool Trailer
Next
Back 4 Blood Release Date Pushed Back, Beta in the Summer
Previous
Creature in the Well is Currently Free on the Epic Games Store