Update 1.5 May Not Bring Us Dendro, But It is Bringing Us Cute Girls

miHoYo has been busy these last couple days, and so has the Genshin Impact community. Including the leakers. Especially the leakers. We just got done talking about the fun things Update 1.4 has in store for us–and sadly admitting that the Dendro element probably won’t be playable in Update 1.5–and we already have no leaks to cover. Namely, two characters who probably are coming in Update 1.5: Eula the five-star Cryo Claymore-user and Yanfei the four-star Pyro Catalyst-user. Both these girls have been implemented into the closed beta test of 1.5, so they could still be changed and overhauled before release, but here’s a look at what we know about them so far.

Eula and Yanfei’s ultimate skills and idle animations were leaked onto YouTube, but the leaker in question had to blur the videos out of concern for copyright. We found a few still frames from the skills video to show off, but we were able to find an unblurred clip of the idle animations. Behold the adorableness of Yanfei reading! Shiver before Eula’s icy disdain! In all seriousness, these girls look absolutely amazing, and we wish we could show you them in action.

As of writing, their Constellations are as follows:

“Eula
Illusion of Light Tide: After consuming Grimheart from the Ice Tide Vortex’s effect, Eula’s physical DMG is increased by 30% for 6s.
Each Grimheart consumed will extend the duration of this buff by 6s. With a limit of 18s.

The Girl of Sea Foam: The CD time for the hold version of Eula’s E (10s) is reduced to the same CD amount as the tap version (4s).

Lawrence Pedigree: Increases the level of Glacial illumination by 3. Max level is 15.

The Obstinacy of One’s Inferiors: Lightfall Swords deal 25% more DMG against enemies with less than 50% HP.

Chivalric Quality: Increases the level of Icetide Vortex by 3. Max level is 15

Noble Obligation: Lightfall Swords created by Glacial Illumination start with 5 stacks of energy. Normal Attacks, Elemental Skills, and Elemental Bursts have a 50% chance to grant the Lightfall Sword an additional stack of energy.

Yanfei
The Law Knows No Kindness: When Yanfei uses her Charged Attack, each existing Scarlet Seal additionally reduces the Stamina cost of this Charged Attack by 10%, and increases her interruption resistance when casting the Charged Attack.

Samadhi Fire-Forged: Increases the level of Signed Edict by 3. Max level is 15.

Supreme Amnesty: When Done Deal is triggered: Creates a shield that absorbs up to 75% of Yanfei’s Max HP for 15s. This shield absorbs Pyro DMG 250% more efficiently.

Legal Cheat Sheet: Increases the level of Done Deal by 3. Max level is 15.

Extra Clause: Increase the max number of Scarlet Seals by 1.” 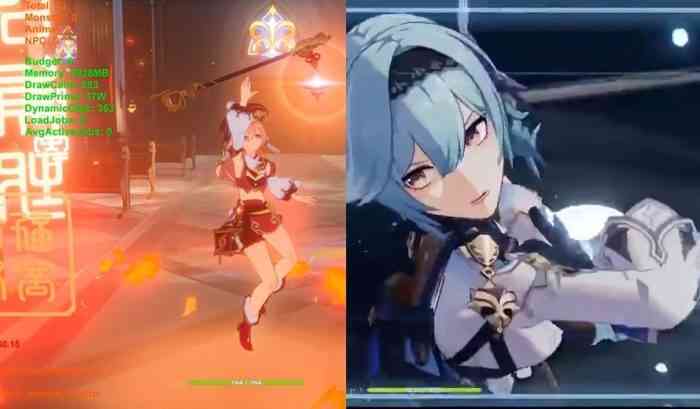