Hopefully, you are enjoying Assassin’s Creed Valhalla, like your ol’ pal Zane. The new River Raid and Ostara Season content is a nice touch, but the game could really do with some meaty content as well. Thankfully, we will get some before you know it. We got a look at the first few pieces of Assassin’s Creed Valhalla DLC back in October, and now we have a release date for Wrath of the Druids, which will take Eivor to the shores of Ireland and probably fight some druids, as the name suggests. 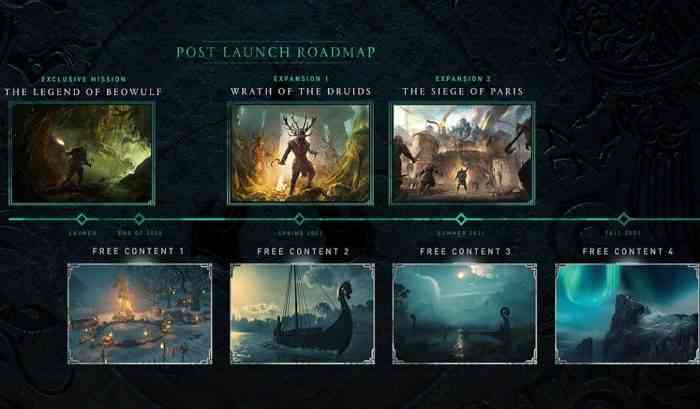 Holders of the Season Pass got access to the Legend of Beowulf missions back when the game launched, but the first big DLC will be launching at the end of April. In Wrath of the Druids, Eivor will be trying to forge alliances with Kings of Ireland, much like the main game where she did the same with the Kings of England. No doubt that they will ask for help in the fight against the druidic cult, the Children of Danu. After that, The Siege of Paris DLC will be launching sometime in the Summer.

There is still more than a month to go before the Wrath of the Druids DLC will be available, so enjoy the Ostara Season, play drinking, archery, and brawling games, and buy some seasonal items. Wrath of the Druids will launch on April 29th. Assassin’s Creed Valhalla is available now on PC, Stadia, Xbox One, Xbox Series X, PS4, and PS5.

Will you be getting the upcoming DLC? Let us know in the comments below.

Watch Dogs: Legion Update 1 Has Officially Been Unleashed
Next
Genshin Impact 1.5 Leaks: Eula and Yanfei Ultimate Skills and Idle Animations
Previous
What We Know About the Valheim: Hearth and Home Update