Does This Mean Team Orochi is Coming Back?

Credit where credit is due, KOF XV, we didn’t expect this at all. Though he’s still a fairly popular character in spin-offs and dream match games, Yashiro Nanakase hasn’t appeared in the franchise’s canon timeline since his death in 1997. Consider our expectations shattered. No wonder Team Sacred Treasures is back together–they originally formed to face down Yashiro’s Team Orochi. And judging by the way this trailer shows Yashiro continuing to single out Iori as his target, the enmity between the two groups is as lively as ever. Never mind that Yashiro and his teammates Shermie and Chris are loyal servants of the evil god, Orochi, this conflict is personal. Their rock band once lost a gig to Iori’s jazz band. You can’t forgive slights like that.

What does this mean? Good question. First of all, it means we need to acknowledge SNK Heroines: Tag Team Frenzy as actually being canon, because Shermie makes a playable appearance there with Yashiro and Chris showing up in her ending. KOF Lead Producer Yasuyuki Oda has gone on record explaining how she was revived. Long story short, when Verse was defeated in KOF XIV, all the souls of dead fighters who ended up trapped inside him were released. We already knew that number included Ash Crimson, KOF’s most polarizing protagonist. Now we can confirm that Yashiro, Chris, and Shermie were also among that number.

Who else will be making a big comeback? Now that Team Orochi is back, all bets are off. For all we know, Rugal Bernstein, Goenitz, and Krizalid could be returning fighters. Actually, not gonna lie, that sounds pretty awesome. If Goenitz joins up with Team Orochi, then Orochi’s four most faithful servants will finally be in one place, Rugal’s just a ton of fun to watch, and Krizalid’s death was pretty sad. I hope this unfortunate clone finally gets a real chance at life the way K’ and Kula Diamond did. 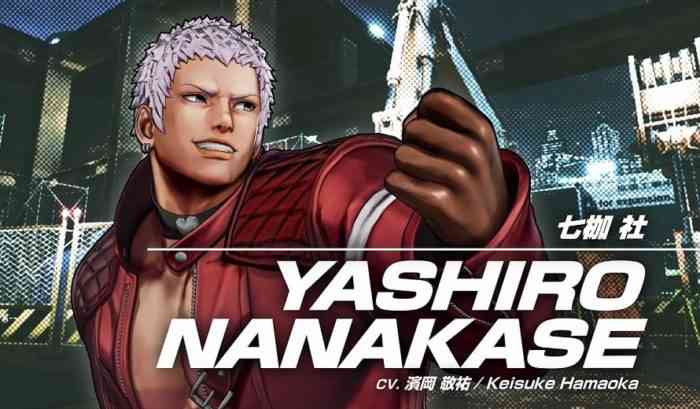 Still, you gotta wonder what the new Hero Team will be up to in the middle of all these blasts from the past.

Which character are you hoping to see announced next? Let us know down in the comments, or hit us up on Twitter or Facebook.