Creature in the Well Review

Developed by Flight School Studio, Creature in the Well is the kind of indie game we love to see hit the market: it’s fresh, it’s creative, and it’s incredibly enjoyable. Creating its own genre of gaming, Creature in the Well embraces a balance between minimalist simplicity and compelling mystery that made for a challenging and fun experience. So much so, in fact, that I found myself challenged to put it down.

As the game begins, one remaining engineer robot known as BOT – C suddenly activates out in the desert – the last of his kind. Your typical silent protagonist, BOT – C communicates through his movements and gestures which you can read into as much or as little as you care to imagine. You’ll quickly find your way to what seems like an abandoned village on the side of a mountain only to discover a giant factory-like construct built into its side. Long ago an unending sandstorm was rushing towards the village and the people begged for help. Brilliant engineers came and began construction on a device that would protect the town. However, a large, ominous creature lurking in the mountain warned them it would not work and sabotaged the project, leaving the people at the mercy of an unending storm to this day. 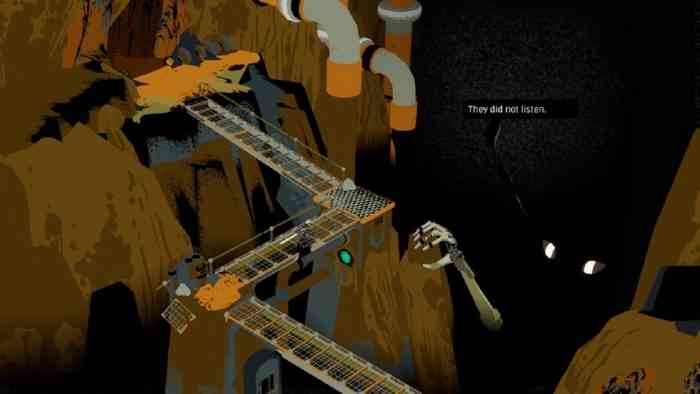 Traveling through the various stages of Creature in the Well, you’ll often notice those large eyes glaring at you from the depths. Occasionally the creature will taunt you or even try to justify its actions without delving too much into its reasoning. The only parts of the creature you will see beyond its eyes are its thin, green-tinged arms attempting to impede you at several points. Despite its antagonistic position, something tells me the creature isn’t as bad as it seems. The more you talk to it and the more lore you uncover, it doesn’t seem like a beast of malice or ill-intent and I find I enjoy that far more than having a typical angry, smashy-smashy antagonist.

Pinball Skills to the Rescue

As mentioned, Creature in the Well is the first of its kind, calling itself a “pin-brawler” Using pinball mechanics and a variety of unlockable melee weapons to ricochet small orbs at a host of objects to varying effect. Impacting these barriers will release their energy which your core absorbs and generates the game’s key currency: energy. Energy is used for upgrades and unlocking doors. You won’t be able to progress through a dungeon without plenty of energy, so you definitely feel the need to complete every puzzle. The difficulty of these rooms steadily increases as you’ll deal with tracking spiked energy balls that will damage you, energy cannons, and the ever-so-annoying shockwave pillars which – if you are unable to dodge in time – will take a significant amount of your health and temporarily paralyze you which opens you up for more damage. It’s a simple system and the puzzles are great fun to overcome, particularly because of the game’s visual and audio effects with every impact that makes it feel forceful. It’s a great simulation of a real pinball machine and just as addictive. 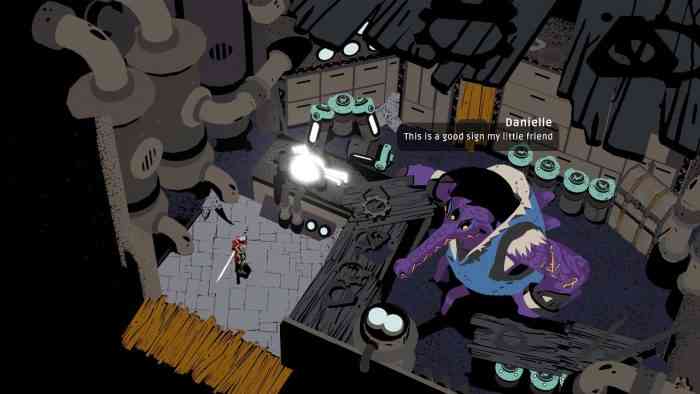 Of course, what you will notice immediately is the graphical styling which is both detailed and minimalistic. Rarely will you see something in the environment with any sort of outline, instead using sharp solid colors and some buttery-smooth camera work to convey the field of depth and it is so truly enjoyable. The camera will turn automatically and not once has it been problematic or jarring. It follows BOT – C perfectly, it swings smoothly, and these little movements are what helps establish the 3D shape of objects without having to be outlined or heavily detailed.

Weapons in Creature in the Well fall into two categories: strike and charge. As you can guess, a strike weapon bats the orbs around the stage and can be used for combos. The charge weapons will pull in any nearby balls and let you aim where to launch them at the cost of giving up your movement. Both of these weapons have a variety of options with different abilities such as an aim assist, a large magnetic pull, or even electrifying every orb you hit which in turn inflicts a chain lightning effect on all bumpers. These abilities are varied enough to encourage all manner of play styles, so finding what suits you best is easy and fun. 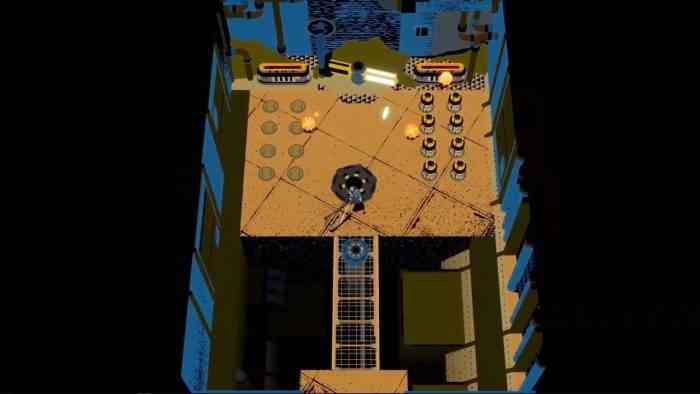 Creature in the Well dances between minimalistic style and narrative juxtaposed against challenging puzzles and a creative new way to play. It’s an indie game that was lovingly crafted to put emphasis in all the right places and to give the player a new experience without bogging down in a heavy story. Instead, it leaves bread crumbs that players can choose to pick up or simply enjoy ricocheting orbs at high speed. The game is just as addictive as playing a real pinball machine, and the stages last just long enough to comfortably play in short bursts, but the challenge of “just one more run” is ever-present as you repair the giant construct to save the village and simply must know what happens next. 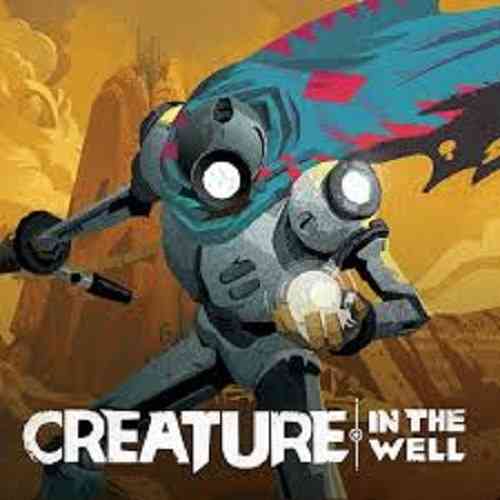