TCGs have always been wildly popular and it’s not uncommon that you’ll find there are a lot of card-based games based on quite a few random animes, TV shows, and video games. While only a few TCGs have garnered mass attention, like Magic The Gathering or Pokemon, I only really got into the Yu-Gi-Oh TCG as a kid. It also helped that with the game was also a fantastic manga and anime that closely followed the strong and lovable characters but also seeing some of our favorite cards come to life in the comics or on screen was great. Now we won’t lie, collecting cards can get expensive especially certain rarer cards that only had limited releases, not to mention how many cards there are available, we can now build our dream decks to our heart’s content via the video games. With the Nintendo Switchs’ recent release of Yu-Gi-Oh! Legacy of the Duelist: Link Evolution it will be sure to appease any itch for any dueling needs.

Yu-Gi-Oh! Legacy of the Duelist: Link Evolution doesn’t have a unique storyline like Duelist of the Roses, however, it doesn’t disappoint with an incredible 6 chapters that span over all 6 seasons. In each chapter, players will be able to play some of the more iconic and more plot-important duels that carry the story forward which in turn gives us about 25-30 duels per chapter. For players who may be coming in fresh, or for those playing later rulesets who may not be as familiar, like Synchro or Pendulum summons, will go through an in-depth tutorial in the first chapter that properly explains and goes through all of the mechanics of that series. Once you’ve viewed a brief cut scene that shows what each character is up to before the duel, players will have the choice of playing with their own customized deck or playing with a deck that the player you’re playing as had at that point in the anime or other pre-set decks.

After winning the duel, you’ll earn various rewards which include Duel Points (DP), character deck recipes, signature cards, unlocked booster packs, duelist avatars and more. You’ll want to pay the most attention to your gathered Duel Points as this will be used to purchase booster cards to unlock even more for your dream custom deck. Not to mention you can place reverse battles, the same battles played through previously but from the other player’s perspective, to earn more and different rewards. 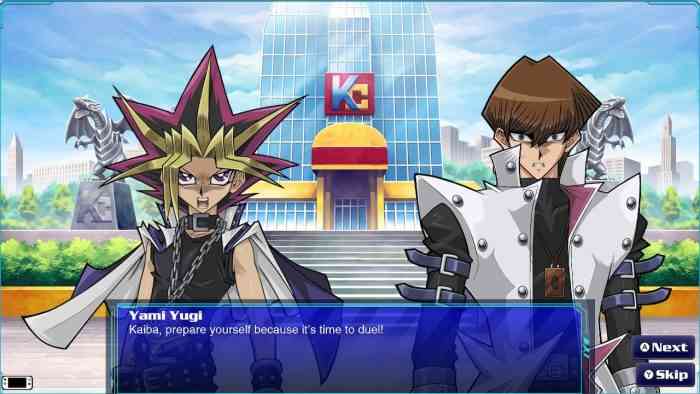 Now if you more prefer playing against another person, you have the option to play both online as well as local. Local multiplayer requires the other person to also have a copy of the game while online battles will naturally require an active Nintendo Switch Online Account.

You can also play through a Sealed or Draft play mode. Playing through a Sealed match, your deck will be made instantly from ten 5 card battle packs, making it all a lucky draw while Draft matches involve drafting 45 cards into a deck after three rounds of pack opening which gives you more customization. Here’s where the DP comes in cause both of these matches will cost 2000 DP to play through.

Now as much as I loved the game, there were a few gripes I had, which didn’t really deter me from my enjoyment with playing matches. When purchasing cards in the card shop, there isn’t a way to en masse purchase multiple packs which leaves you pressing A until you’ve hit your max. The music is somewhat bland and doesn’t quite live up to the fantastic rhythmic scores we’ve seen in the anime and other games before. The portraits given for each character in every chapter are only made up of one image meaning there isn’t quite as much personality to the characters as there could be. And lastly, for a game released in 2019, the lack of fully animated 3D characters for more monster cards is really disappointing. Don’t get me wrong, there are some 3D animations for the more popular cards as the Blue-Eyes White Dragon or the Dark Magician, but I was really hoping for more.

Yu-Gi-Oh! Legacy of the Duelist: Link Evolution covers all of the card updates and additions from the past 2 decades giving us over 9,000 cards to build our dream decks with. With some of our most loved monsters, spell or trap cards from the earliest (and most beloved, in my opinion) the first season of Yu-Gi-Oh! To some of the most recent expansion, Vrains. There’s a lot of customization to be had with your decks not to mention the thrill of playing online or in Sealed and Draft modes, this is definitely a title that any fan of TCGs or Yu-Gi-Oh will really enjoy. 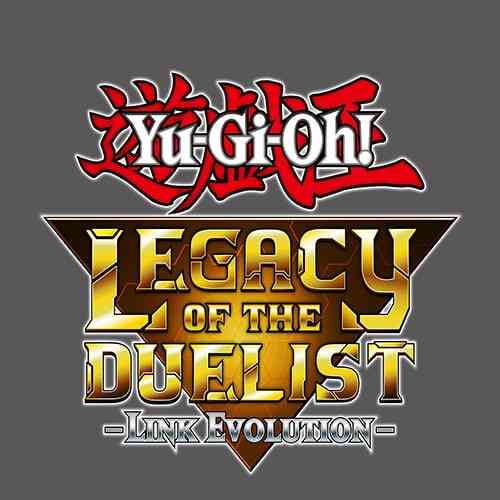