Ancestors: The Humankind Odyssey is a new game from Patrice Désilets (of Assassin’s Creed fame) and its concept is some of the strongest stuff you’ll hear in games to date: a living, breathing simulator of our own evolution – taking us from proto-human apes to the two-legged bumpkins we are today.

The trailer alone had me buzzing. Finally, I could relive my fantasy from 2001: A Space Odyssey by making bone weapons as an ape to clobber something with. I would learn to hunt, teach my progeny how to protect each other, and undertake what it means to survive in the harsh early days of our species.

And so I’ll leave you with the main positive point in this review: this game has ambition. And in the pursuit of that ambition, Panache Digital Games chose a path not often taken in games. They dropped tried and true conventions in favor of pushing the envelope forward. I commend them for that. It’s rare a game comes out so boldly, thumping its chest as it charges forth, willing to take the flak that comes with being a trailblazer for the new world. It will be interesting to watch the narrative around this game unfold over time and whether my future self, a few years from now, will acknowledge this as a novel masterpiece I couldn’t understand in the time or a forgettable exercise in obtuse tedium.

But today, my dear reader, my opinion lies solely in obtuse and long stretches of tiresome tedium.

You should know upfront what you make of this game will be entirely up to how much obfuscated bullshit you can put up with. Because at its core Ancestors: The Humankind Odyssey is still a video game. And video games are meant to be played. And they’re meant (to some extent) to entertain or to provide you with an artistic viewpoint to ponder. Ancestors does neither of these. It’s just obsessed with itself. Like that one friend who talks over everyone at a party.

When you start the game you’re presented with a few styles of play ranging from no tutorial and no HUD to full tutorial and full HUD. I chose the latter, deciding I’d turn things off once I grew accustomed to the game’s nuances.

Well, I’m not sure what they consider a full tutorial experience, but it sure as heck wasn’t what I needed. The game bombards with UI popups that outline core concepts without forcing you to internalize them through doing. And then it just shows those popups to you over and over like you’ll have some sort of epiphany. Ideas that are critical, like understanding how to effectively use your sense of smell, are unpacked through deliberate trial and error. But you’ll never be sure you truly understand anything until you look it up online.

Visual icons are nonsensical most of the time and it took me a good bit to realize what I thought was a map/radar in the bottom left was actually my leveling up progress. You level up through growing Neurons by doing activities. It sounds cooler than in actual practice. Sometimes these Neurons get passed to your kin. Sometimes not. Whatever. There’s a weird skill tree where you can kind of look at them. I say kind of because the dots are insufferably tiny and the prerequisites are often obscured. 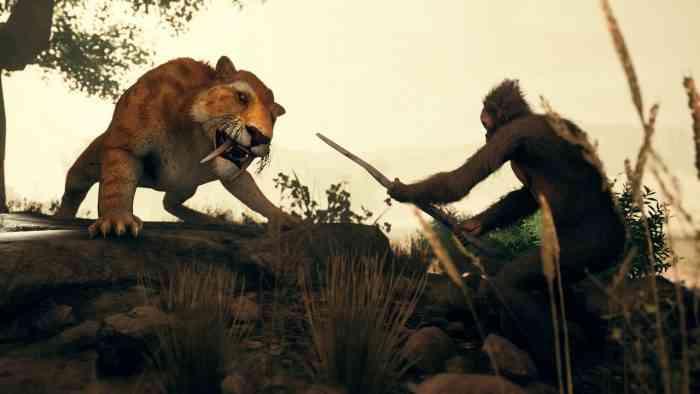 One of my apes unlocked a metabolism boost in his kid. But I wouldn’t be able to use that boost for 15 years or until the kid was grown up, which I’d need to do via a time skip, which I had no idea how to do for hours of play until I looked it up quickly.

Once while exploring, I fell from a tree only to be bitten by a snake in some tall grass. Exciting! I escaped but was poisoned. At least I think I was poisoned judging by some sickness icon that appeared and my screen flashing. Can I get rid of the poison? Probably. Does the game imply a way of doing so? Absolutely not. Figure it out yourself, you damn dirty ape.

Now maybe I’m stupid, I’ll concede, but I know as a designer myself that design patterns exist for a reason. They save time and immediately communicate core concepts to most people with little uptake. For example, the public bathroom sign is uniformly understood in most languages and airports, rife with visual cues to convey information.

In games, we see genres like third-person shooters opting that L2 or Left Trigger raises your gun sights, while R2 or Right Trigger fires the gun. This is known. If a shooter were to deviate strongly from this you might find yourself out of place, opting to change it back in the options. 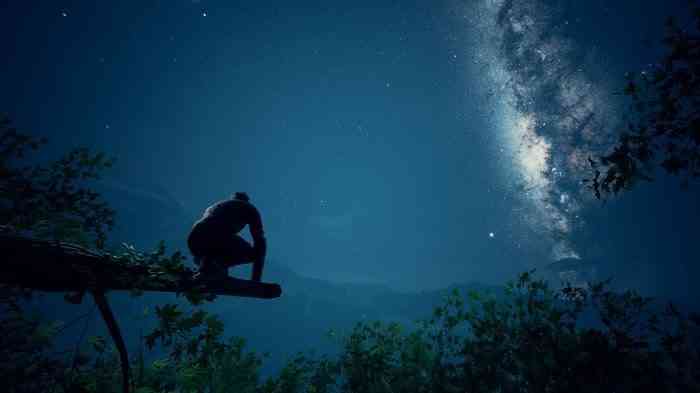 And so Ancestors does this with everything. Sure, I could have looked things up and gotten clarity through a YouTube video or an online wiki, but it fundamentally doesn’t respect my time. And this for me is a cardinal sin in 2019. There are too many games out there and too many things happening in our lives as we get older to be able to spare time to things that don’t respect it.

Perhaps the game manifests itself 20 hours in, or when you make it to the next evolution, but I don’t care anymore. I refuse to give it more than required. I managed to teach my apes a few things, I managed to pass time ahead to the next generation, I ran from a large cat, and I learned that sticks can hit things. All through trial and error. Exhausting.

Today I would rather play a game that seeks to bridge understanding with its mechanics and my own brain then to pontificate about how I can smash two items together and perhaps make a tool in an insufferable popup, and then leave me alone to spend hours trying to put a rock and a twig together.

In summary, you’ll know if Ancestors is up your alley pretty quick. And kudos to you, I genuinely hope you enjoy it, so they can make more games that are this out there. It’s something the industry absolutely needs even if they’re not ready for me yet. I’ll definitely be keeping an eye on it and who knows? I may come back later when it’s had time to sit with the general population only to really discover its wonders. But for now, my dear reader, I’d rather forget about my ancestors lost to time and play a game like Ape Out instead.

Even After Being Cancelled, Amsterdam 1666 Is Still Happening