Ancestors: The Humankind Odyssey Launches on the Epic Games Store This Summer

Ancestors: The Humankind Odyssey, an open world survival game initially set 10 million years ago during the Neogene period of Africa, is releasing on the Epic Games Store on August 27th and will digitally launch on the PS4 & Xbox One in December. 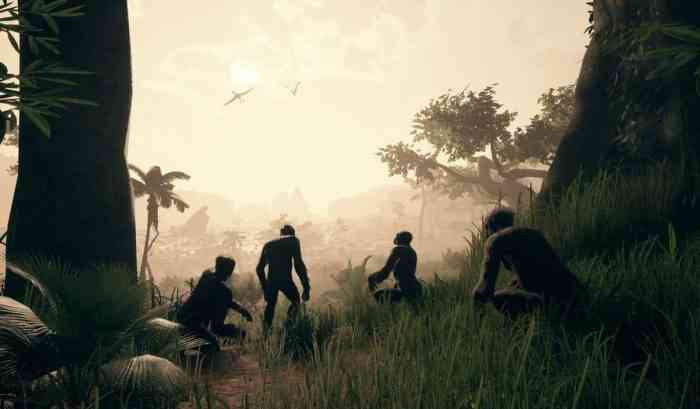 Ancestors: The Humankind Odyssey will have players building up their own clan while fighting off deadly predator animals, starvation, and the elements throughout its campaign, which will span across generations and takes place over an 8 million year time period. According to the game’s Steam webpage, the decisions that players make can have a significant effect on their clan’s future.

“Evolution was not written in stone,” part of the webpage read. “Your decisions shape how you will overcome obstacles, increase your species, and what knowledge will pass on to future generations. Focus on specific attributes or choose a more balanced approach to survival. Your clan’s ability to survive will be directly impacted by your choices, making each player’s experience unique.”

There’s also a crafting mechanic along with needing to regularly eat, drink, and sleep in order to survive.

Battlefield 2042 Reveal Trailer Takes Us To War In The Future
Next
U.S. Government Proposes 25% Tariff on Console Imports in Trade War with China
Previous
Conker’s Bad Fur Day Designer Reveals the Sequel That Could Have Been