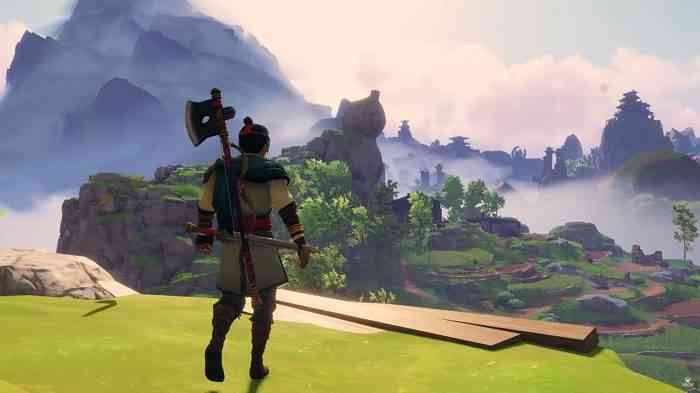 “We have something exciting in our Title Update today as it includes a short free demo teasing our 1st DLC ‘A New God,'” said the official Immortals Fenyx Rising Twitter account. “The Quest is available now!” Considering the title update included a handful of fixes and gameplay tweaks, it’s a pleasant surprise to see the free addition of a demo of the upcoming DLC which will likely sell some Immortals Fenyx Rising fans on the Season Pass.

One of the major fixes that came to Immortals Fenyx Rising with the new title update is a fix to the save corruption bug several Xbox Series X gamers were experiencing. The new quest will immediately appear on the in-game map where it’s known as ‘When In Olympos.’ Immortals Fenyx Rising’s Season Pass will take gamers across more mythology, including a Chinese mythology campaign, as well as new characters to play as beyond Fenyx. These characters will surely bring their own quirks and gameplay styles to the table when they release through DLC.

Although the new title update for Immortals Fenyx Rising is in preparation for the upcoming “A New God” DLC, Ubisoft has yet to confirm an official release date for the DLC. Are you looking forward to Immortals Fenyx Rising’s first DLC or are you more excited to see some of these bugs fixed? Let us know in the comments below!