During the recent Ubisoft Forward, Ubisoft showed new footage of Immortals Fenyx Rising which was previously known as Gods & Monsters. The game continues to look like Ubisoft’s take on The Legend of Zelda: Breath of the Wild, showing off a beautiful world with lots of areas to explore. In Immortals Fenyx Rising, gamers will play as a character known as Fenyx who is capable of wielding Greek God powers to defeat mythological creatures such as Cyclops and Medusa. Immortals Fenyx Rising will be releasing on December 3rd  for Xbox One, Xbox Series X/S, PS4, PS5, PC, and Google Stadia. 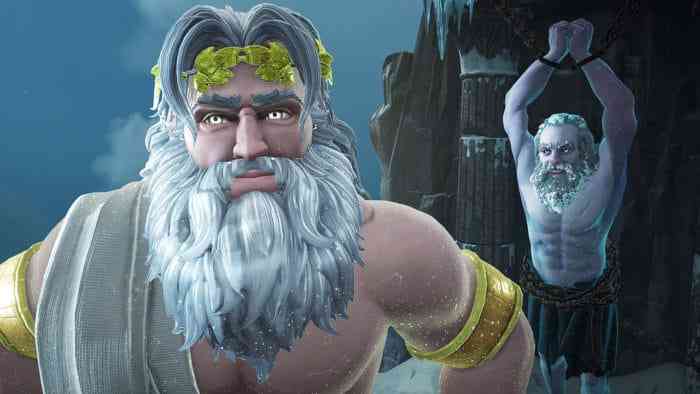 Gamers will wield the powers of the gods like Achilles’ sword and Daidalos’ wings in Immortals Fenyx Rising to battle powerful enemies from Greek mythology and solve puzzles. The world of Immortals Fenyx Rising seems as expansive as The Legend of Zelda: Breath of the Wild but it has a more colourful pallet that would be familiar to fans of Fortnite and Rocket Arena. Gamers will explore the Greek landscape as their own customized Fenyx by galloping with a steed, and the gameplay trailer also showed a phoenix that appeared to be helping Fenyx, suggesting what gives them the unique name.

“I’m sure you noticed a lot of new things since we first teased the game, including a new name,” said game director of Immortals Fenyx Rising Scott Phillips. “Extra production time has allowed us to expand our vision and explore new opportunities beyond our initial plan. We felt the name Immortals Fenyx Rising better reflected this new experience. Immortals Fenyx Rising is a third-person open-world action-adventure game set in the fantastical landscape of Greek mythology.”

“Hermes has heard a prophecy that only you can save the Greek Gods and reclaim their realm from Typhon, the deadliest Titan in mythology. This entire epic story will be narrated by the Titan Prometheus and Zeus, the king of the Gods adding a unique commentary and perspective to this legendary tale.”

Will you be playing Immortals Fenyx Rising? Let us know in the comments below!