October brought the release of the third in the Watch Dogs series of games from Ubisoft. Watch Dogs: Legion was created by the company’s Toronto studio and it is set in a gritty, near-future version of London. What is it like and how has it been received so far? 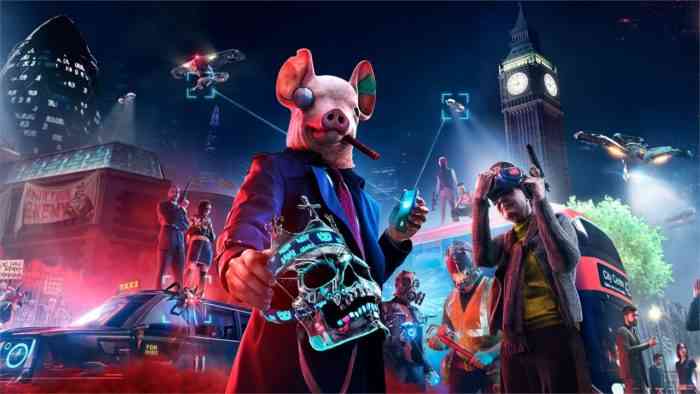 The hacker group DedSec that featured in the earlier games has been accused of carrying out bomb attacks on the UK capital and needs to clear their names while freeing the residents from the military surveillance that the state carries out on them.

The open-world version of London can be explored in a variety of vehicles, or else by walking around it. When the game was revealed at E3 2019, the developers confirmed that the action takes in place in their vision of a post-Brexit UK setting, with grime star Stormzy adding his song Rainfall and also appearing in a mission.

The gameplay is similar to 2014’s Watch Dogs and 2016’s Watch Dogs 2 in parts. However, it adds in an array of playable characters that you can recruit to the cause and control as you make your way through the mission. There is no main character, and each person you meet has different skills to help you out in varying situations.

Teams of up to four players can also work together on this game. The October 20 release date saw the game launched for the PlayStation 4, Xbox One, Windows, and Stadia. Releases for the PS5, Xbox Series X and S, and Amazon Luna are pencilled in for November.

How Has It Been Received?

Reviews of Watch Dogs: Legion has been generally positive. One interesting aspect that has caught the eye of reviewers is permadeath, which can be switched on to ensure that any character who suffers too much damage totally disappears from the game. This means that players need to consider the consequences of their actions more carefully.

It is the issue of the multiplier playable character that has divided opinion most among reviewers. While most of them appear to be impressed by the technical side of offering so many different possibilities, there are doubts over how much it actually adds to the gameplay.

The expendable nature of such a large crew of characters may be a lot of fun for some players, but others will feel that they lack the human connection that a strong lead character offers a game. If you enjoyed one of the first two games in the series for the characters, such as Aiden Pearce and Marcus Holloway, you may feel that the temporary allies you make have a hollow feel to them.

Even minor characters in the first games were memorable in the Four Clubs casino, Honker was the bouncer and Kurt the busboy. This club was far removed from current online casinos; however, the online casino industry has made strides in the last decade by leveraging technology, allowing customers instant access. Equally, we can see that the dystopian future theme is popular in online casino slots like Robocop and Terminator Genisys, which can be played together with live dealer versions of casino classics like roulette and blackjack. It’s no surprise this genre is seen in the wider entertainment industry such as online casinos, and it clearly resonates with audiences.

How Successful Will It Be?

There is no doubt that the concept of Watch Dogs: Legion will appeal to many gamers. The idea of using a variety of characters while fighting fascism in a vast, dystopian London landscape should encourage plenty of people to give it a try, especially those who enjoyed the first two games in the series.

However, the on-going success of the game will largely come down to how long the multiple playable characters’ idea remains interesting. At the moment, there is a risk that it eventually feels more like a gimmick that perhaps lacks the real depth needed to turn an innovative idea into something that adds genuine value to the gameplay

Watch Dogs: Legion – Bloodline Prequel Campaign Hits Shelves Today
Next
Cyberpunk 2077 is Already on Sale, Along With Other New Video Games
Previous
Bandai Namco and the NBA Partner Up For Pac-Man’s 40th Anniversary