Watch Dogs: Legion launched in October 2020 and was highly anticipated. The game was unique as it took inspiration from various great titles. Since its release, the development team have released a ton of content into the game, allowing players to enjoy the vast world even more. As the game enters its second year, Ubisoft and the development team have provided an update on the game. Additionally, fans can look forward to unlocking more rewards in 2022. 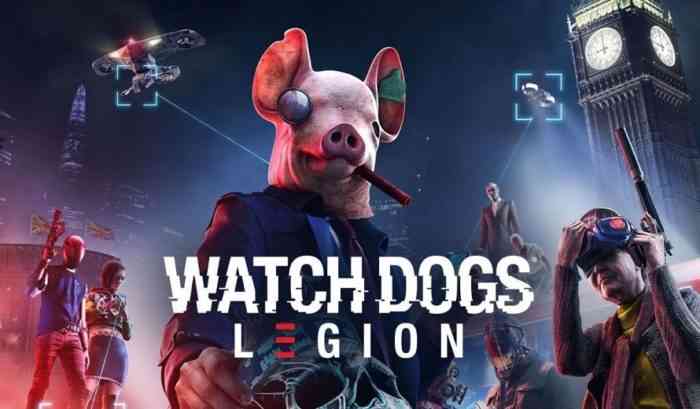 In Watch Dogs: Legion, players were able to explore London as they stopped authoritarian powers that were threatening the city. The team then introduced an Online Mode, allowing players to stop threats in Tactical Ops, explore more of DeadSecs and enter the Spiderbot PVP Arena. Additionally, both single player and online modes grew in content with game modes such as Invasion, Resistance Mode and Legion of the Dead.

Based on feedback, the team also made various quality of life improvements for fans. Moreover, in the summer of 2021, the story expansion, Watch Dogs: Legions- Bloodline, saw the return of Aiden Pearce and Wrench. The expansion was positively received by fans.

TU5.6 was the final update in the game. However, in 2022, fans can look forward to reward tracks in Online Mode and a repeat of Season 3-5. This means players can obtain some rewards that they missed out on in the past. The statement closes as the team thanks its fans for the fun they’ve had and that they were proud of the game they’ve created.

What are your thoughts on Watch Dogs: Legion? Are you a fan of the series? Have you enjoyed the game since its release? What do you think about the upcoming plans? Let us know in the comments below or on Twitter and Facebook.