Nintendo has divided its fanbase this week by sending a cease-and-desist to content creator CptnAlex over Etika Joy-Con shells. The proceeds generated by these Joy-Con shells have been donated to the JED Foundation, a mental health and suicide prevention charity. Unfortunately, the man these shells are inspired by took his own life in 2019, but it looks like Nintendo is preventing CptnAlex from helping others who are suffering silently. These shells fit over a standard Nintendo Switch Joy-Con which sell separately for $60. 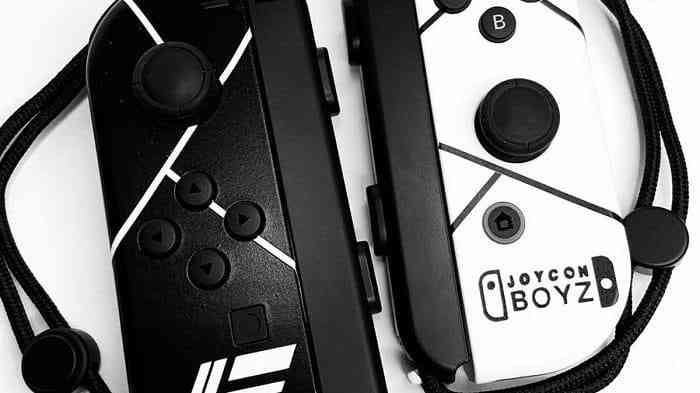 “First campaign was not successful. Second campaign was successful,” said CptnAlex on a recent Twitter post. “Remaining stock of Joycons were for sale my Etsy since last year. Nintendo sent me a cease and desist at the end of September.” The recent statement from CptnAlex was accompanied by a photo of a bin full of Over Etika Joy-Con shells which he can apparently no longer sell due to the cease-and-desist from Nintendo. The legal document was also enclosed to assure his followers of the authenticity, crushing the hopes of Etika fans around the world.

So far CptnAlex and his Etika Joy-Con shells have raised over $10,000 for charity, and before the recent cease-and-desist, it looked like a runaway success. Nintendo fans are trying to raise awareness about the issue and CptnAlex in an effort to allow him to continue raising money for the JED Foundation. CptnAlex also explained that he holds a “resellers license and pay taxes” and he’s currently modifying most of his designs and removing the copyrighted image and Joy-Con phrase.

Do you think that Nintendo should lay off with legalities pertaining to charity? Let us know in the comments below!

The Next Official Pokémon Presents is Coming Soon, Find the Date Here!
Next
Gran Turismo 7 May Be PS5 Exclusive
Previous
Reviewer Gives Warning of Potential Epilepsy Triggers in Cyberpunk 2077