The Monster Hunter movie was released in the UK and China yesterday, but the Chinese government has already taken issue with some of its content. Before you say, “China censors a movie. What’s new?” there’s actually a pretty valid reason. There’s a part in the film where Jin Au-Yeung’s character says “Look at my knees!” “What kind of knees are these?” “Chi-knees!” So, what’s the significance of this? It is strikingly similar to a racist chant, most commonly used by children on a playground. It goes “Chinse, Japanese, Dirty knees, Look at these.” 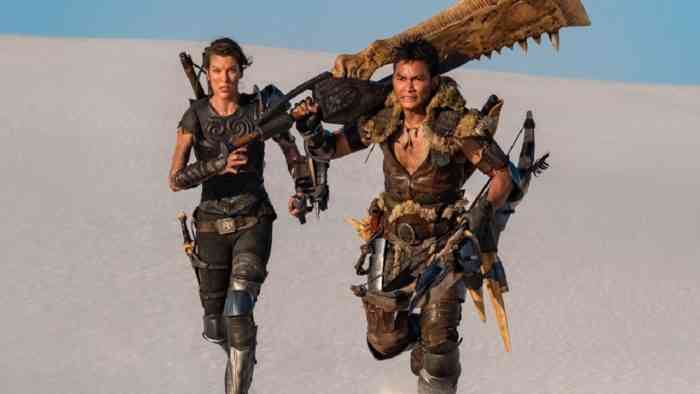 If you’ve never heard of it, you probably weren’t a kid of Chinese or Japanese or any other Asian descent. If you don’t see the issue, you probably haven’t been made a joke out of at the expense of your background. It’s pretty not-good. You may stop to think, “Wait. Isn’t Jin Au-Yeung Chinese? Doesn’t that make it okay?” Jin Au-Yeung is a Chinese descendant. However, that’s not the point. Being Chinese, Black, Indian, or any other background does not make it okay to perpetuate a racist saying, especially if the speaker is reading off of a script written by a white man named Paul W. S. Anderson.

Monster Hunter is a Capcom property, but Capcom has begun to distance themselves from the movie. On the Chinese social media site Weibo, they affirmed that the games and the movie are produced by different companies, but without specifically addressing the issue, they says that the appropriate companies have been contacted about it. It may be difficult to distance themselves from the movie since they also just released a movie tie-in event to Monster Hunter: World. Monster Hunter will be coming to theaters in North America on December 25th.

Who do you think is going to catch the most heat from this? Let us know in the comments below.

Xbox Aims to Create a Rival to Monster Hunter, with Certain Affinity’s Help
Next
The Next Dragon Age Will Be Unveiled at the Game Awards
Previous
Epic Games Chooses to Not Hold In-Person Fortnite Events in 2021