Imagine: you take a big property like, say Monster Hunter, and you put it in the same world as another big property, like Monster Hunter, for example. Who would be so bold? The answer is Capcom. That’s what they are doing, but it is not as silly as it sounds. Monster Hunter fans know that there is a film coming out. There are some trailers and images to feast your eyes on and now there is going to be some movie content in Monster Hunter World: Iceborne. 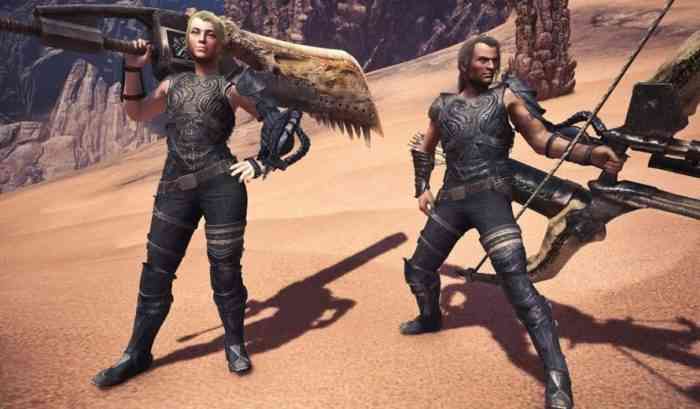 In this interesting crossover, we have Captain Artemis finding her way into the New World. Milla Jovavich plays Artemis in the upcoming movie, as well as in this crossover event. Fans will be playing as Artemis in a side story, where they will be tasked with hunting two monsters; a Black Diablos and a Rathalos. Completing these two quests will give players access to exclusive armor and weapons from the Monster Hunter movie, including the armor that Artemis is seen wearing in the images and trailers we have seen. Capcom is also giving players a special login pack, available starting today.

The event quests are going to be around for players until December 2021, so you got a whole year to play it. The Monster Hunter movie comes out in North America on December 25th. Monster Hunter World: Iceborne is out now for PC, Xbox One, and PS4.

Will you be playing this event quest or watching the movie? Let us know in the comments below.