The Resident Evil Movie Gets Some Big Names

The Horror Movie Got a Little More Monstrous

The Resident Evil movie has started production, and it’s promising to be a lot more loyal to the source material than the previous live-action films, as well as being positively overstuffed. Not only are we seeing all the playable heroes from the first four games – Leon, Claire, Jill, and Chris – we’re also getting the big bads of the first two games, Wesker and William Birkin. Now, we have at least one more major character and one possible addition. 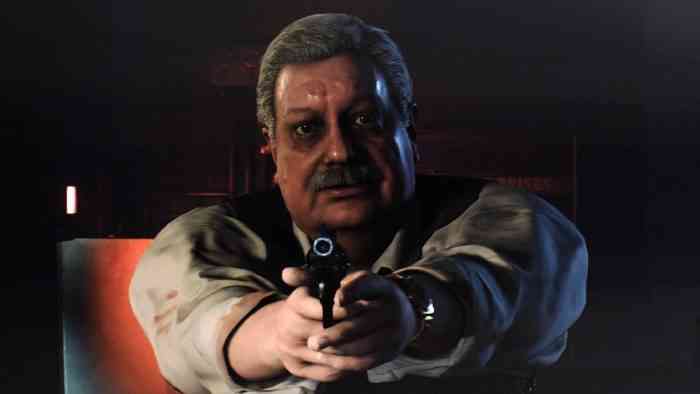 First, the confirmed news: Gotham’s Donal Logue is joining the cast as Chief Brian Irons. The corrupt chief of the Racoon City Police Department is a serial killer who taxidermies his victims and is instrumental in both covering up Umbrella’s experiments and providing them with test subjects from the orphanage he manages. Despite being such a horrifying character Irons didn’t show up in the original Resident Evil movies, so it’ll be great to see him appear on the big screen.

Now, the rumored news – albeit rumored is a weak word, considering the only thing we haven’t received is official confirmation. Actress and contortionist Marina Mazepa recently posted a short video on Instagram of her receiving a head cast – a part of the special effects make-up process where a cast is made of the performers head and face to ensure that the prosthetic make-up fits properly. As an integral part of the make-up process, it’s certainly not unusual, but it’s down in the tags where things get really interesting:

Did you spot it? If you’re not a fan of the series – or even if you’ve only played the original version of the first game, and none of its remakes – you may miss the hashtags #lisatrevor and #lisatrevorresidentevil, another character who hasn’t made an appearance in the movies as of yet. The daughter of the original architect of the Arklay Mansion, Lisa was experimented on by Umbrella and showed strong immunity to the various viruses and diseases she was infected with, developing a symbiotic relationship with the T-virus. The constant experiments created a hazardous environment to future bioorganisms, eventually leading to the development of the G-Virus. Lisa proved a tragic figure, killing multiple Umbrella scientists and searching the grounds of the Arklay Mansion for her mother.

Given that Lisa never appeared in Raccoon City proper – as well as the fact that Chris was absent from the city during the events of Resident Evil 2, and Jill never crossed paths with Leon and Jill during their respective adventures throughout the infected town – it’s possible that we’ll be seeing the events of the Mansion Incident portrayed on screen in some capacity. All in all, there’s a lot for us to be excited for when the movie drops.

Which Resident Evil villain do you want to see on the big screen? Let us know in the comments, on Twitter, or on Facebook.

The Resident Evil Reboot Title Has a New Name